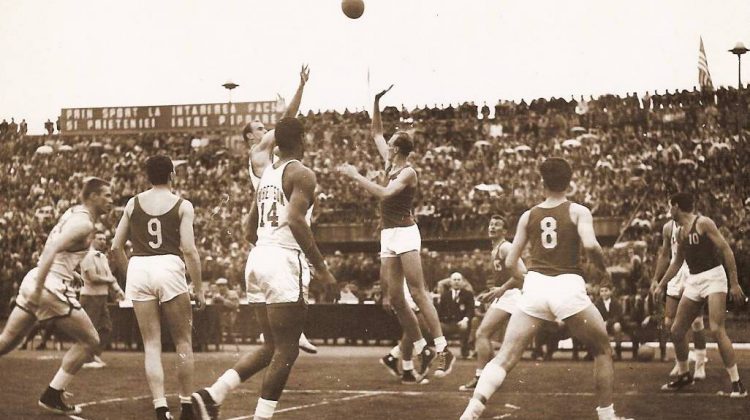 Bill Russell, Tommy Heinsohn, KC Jones, Bob Cousy, Oscar Robertson, Jerry Lucas, Bob Petit, and Hank Gola.
It was the team that played 19 games in Poland, Romania, Egypt, and Yugoslavia as part of the United States State Department goodwill tour in 1964.  The team was coached by Red Auerbach.
Robertson tells the story of this “Dream Team” at The Undefeated.  Here is a taste:
A State Department official who knew Red asked him to put together a team to tour Russia, Yugoslavia, Poland, Romania and Egypt following the 1964 NBA season. The Russians took a look at the roster Red had put together and decided not to admit us into the Soviet Union.
In the other four countries, we were welcomed with open arms. For one thing, they knew our games were likely to sell out, and the gate receipts would help build their local basketball federations.
Read the entire piece here.