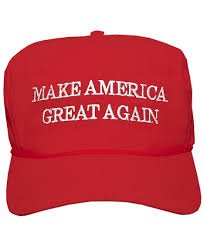 This one comes from Daniel Drezner, a professor of International Politics at Tufts University.  Here is a taste of his article at The Washington Post:

As the Historians Against Trump observe in their open letter, Trump’s abuses of history — “against historical analysis and fact” — exceed that of the garden-variety politician. So if historians focus their fire on Trump’s invocation of “America First,” or his defense of Roosevelt’s internment of the Japaneseduring World War II, then they are appropriately deploying their expertise to criticize someone who is as historically uninformed as Trump.

I do hope historians limit their criticisms to such cases, otherwise Fish might have a point. But I suspect that what truly rankles Fish about this effort isn’t the possibility of such transgressions but rather the possibility of citizens treating historians as actual experts with a settled consensus on certain historical facts. The very idea of such norms of empirical validity are an affront to Fish’s postmodernism. Which means that he is the worst possible judge of what other academic disciplines do in response to the vast oceans of ignoranceoccupied by one Donald J. Trump.