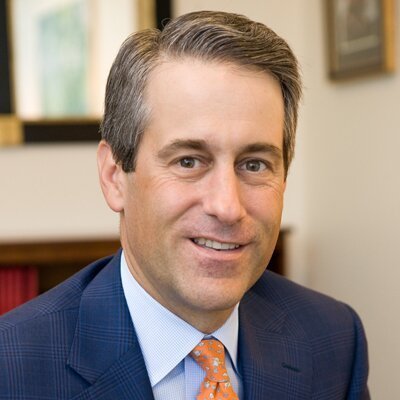 Mark DeMoss, the Christian public relations executive who criticized Liberty University president Jerry Falwell Jr.’s decision to support Donald Trump, was recently asked to resign from the university’s Board of Trustees.
Warren Throckmorton has done some nice reporting on this at his blog.
Here is a taste:
On March 1st Mark DeMoss — Jerry Falwell, Sr.’s chief of staff from 1980-1991 and head of the largest PR firm in America working exclusively with Christian organizations — told the Washington Post’s Philip Rucker that Liberty University president Jerry Falwell Jr. made a mistake by endorsing Donald Trump for president. Then in late April, according to DeMoss, the executive committee of the Liberty University Board of Trustees voted to ask DeMoss to resign from the Board. For many years, DeMoss chaired that same committee.
When I became aware that DeMoss’ name had been removed from the Liberty University listing of trustees, I asked Liberty for comment. Today, the university sent this statement:

I then asked DeMoss about the resignation and he told a different story:

On March 1st a Washington Post article appeared in which I expressed my disagreement with Jerry Falwell Jr’s formal endorsement of Donald Trump. Jerry and a number of fellow Liberty University trustees expressed to me and to the other trustees their disapproval of my speaking publicly about the subject.
At our April 21 executive committee meeting the committee voted to ask me to resign from the committee I had chaired for many years. I agreed, and did so in remarks to the full board the following morning.
Subsequently, on Monday, April 25, I sent a letter to Jerry and the chairman of the board and the new chairman of the executive committee, tendering my resignation from the board I had served for 25 years.