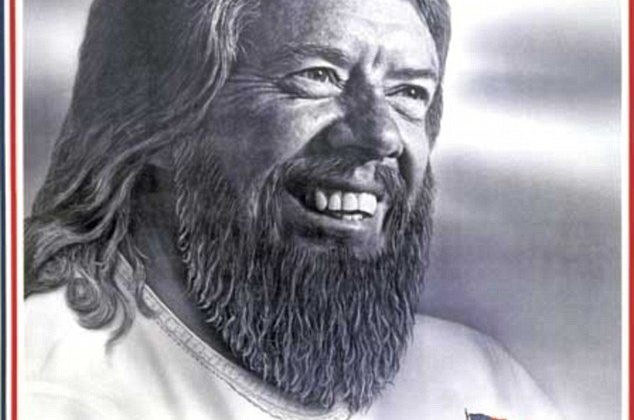 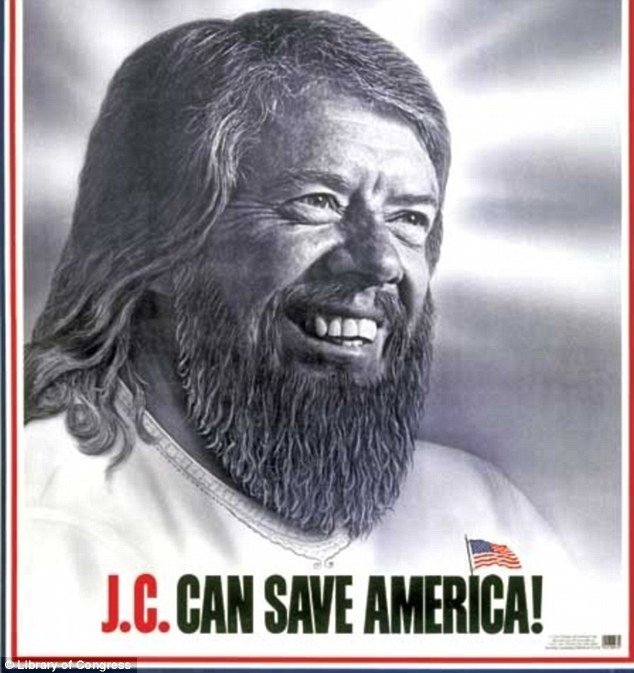 No, this isnt’s some weird flashback from 1976 or 1980.  The title of my post comes from David Swartz’s recent piece at The Anxious Bench: “J.C. Can Save America.”  When Swartz, the author of Moral Minority: The Evangelical Left in an Age of Conservatism, writes about evangelical Democrats, I pay attention.
In this post Swartz reminds that there was a time not too long ago when evangelicals mobilized for a Democratic candidate.  Here is a taste:
Before Ted Cruz and George W. Bush, evangelicals used identity politics to mobilize for a Democratic candidate. Bailey Smith, president of the Southern Baptist Convention in the 1970s, told a crowd of 15,000 that the nation needs “a born-again man in the White House . . . and his initials are the same as our Lord’s.” Supporters mass-produced posters and pins that read “J.C.,” “J.C. Will Save America,” “J.C. Can Save America,” and “Born Again Christian for Jimmy Carter.” One poster depicted Carter with long, flowing hair and dressed in biblical garb with the caption “J.C. Can Save America.”
Some of the hagiographical material surrounding Carter’s candidacy portrayed God and politician working in concert. “There is a sense of history in the making; a feeling that something mysterious and irresistible is at work behind the scenes,” wrote Bob Slosser in a book called The Miracle of Jimmy Carter (1973). God had engineered conditions “which seem to have worked together to bring [Carter] to this moment in history.” In fact, Carter and God communed regularly. “Carter often—in the midst of a conference or conversation—closed his eyes, put his fist under his chin, bowed his head slightly, and talked to the Lord for a few seconds while the conversation continued around him.” Such spiritual integrity, Slosser explained, gave the candidate special resources which could be used to reshape the nation. Slosser surmised that the election “could bring a spiritual revival to the United States and its government.”
As far as I know, Carter did not engineer this rhetoric. In fact I imagine that he would have seen it as theologically problematic. But his overenthusiastic supporters nonetheless designed initials and a ambiguous body on campaign ephemera insinuating that Jimmy Carter was a political surrogate for Jesus Christ himself.
Read the entire post here.