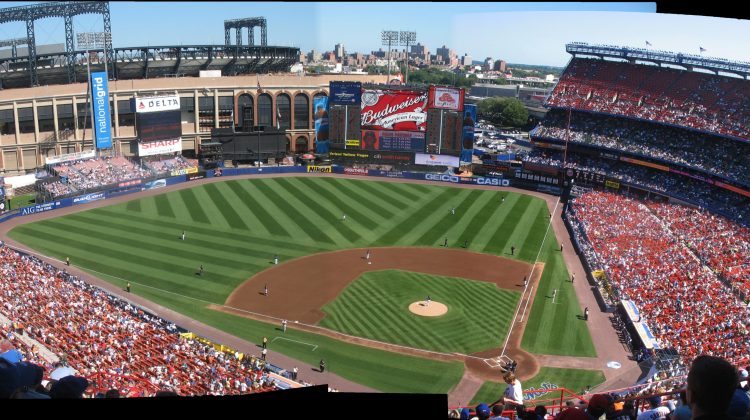 Drew Dyrli Hermeling and I just recorded Episode 7 of The Way of Improvement Leads Home podcast.  It is our baseball episode and it will go public on Sunday.  Our guest is ESPN’s Paul Lukas, an expert on the history of baseball uniforms.  Stay tuned. Better yet, head over to the podcast page and download a few episodes.  Even better yet, tell your friends to download a few episodes.
As the baseball season gets underway this week, I have been trying to catch up on the work of sportswriters and commentators who usually use the first week of April to reflect on the meaning of baseball to American life.  So far that best thing I have read comes from Chris Gerhz at his blog, The Pietist Schoolman.  Here is a taste of “Opening Day: ‘An Indefensible Hope.’“:
For my Twins and most other major league teams, today is Opening Day: the time each year when I’m reminded again that I love baseball far above every other sport — and that it’s hard to explain that love to non-fans. For example, the fact that baseball could inspire a writer as acclaimed as John Updike to do some of his best work speaks volumes about the National Pastime: why I love it, and why others roll their eyes at people like me.
Consider Updike’s 1960 New Yorker essay on Ted Williams’ last game (“Hub Fans Bid Kid Adieu“). Within three sentences, Updike has already described Fenway Park as “a compromise between Man’s Euclidean determinations and Nature’s beguiling irregularities.” And he’s exactly right to do so… But that’s just the first classical reference in an essay that goes on to liken Williams to Jason, Achilles, and Nestor.
And to compare him to works by both Donatello and Leonardo.
And to use “Wordsworthian” as an adjective. And to record a joke about Thomas Aquinas.
As you may have heard, baseball is “the thinking man’s game.”
But even if you find such allusions pretentious, stick with Updike’s essay. You’ll eventually come to his riveting account of the 41-year old Williams stepping into the batter’s box in the 8th inning of an otherwise meaningless game:

This was almost certainly his last time to come to the plate in Fenway Park, and instead of merely cheering, as we had at his three previous appearances, we stood, all of us—stood and applauded. Have you ever heard applause in a ballpark? Just applause—no calling, no whistling, just an ocean of handclaps, minute after minute, burst after burst, crowding and running together in continuous succession like the pushes of surf at the edge of the sand. It was a sombre and considered tumult. There was not a boo in it. It seemed to renew itself out of a shifting set of memories as the kid, the Marine, the veteran of feuds and failures and injuries, the friend of children, and the enduring old pro evolved down the bright tunnel of twenty-one summers toward this moment. At last, the umpire signalled for Fisher to pitch; with the other players, he had been frozen in position. Only Williams had moved during the ovation, switching his hat impatiently, ignoring everything except his cherished task. Fisher wound up, and the applause sank into a hush.

As a historian, I appreciate how Updike has all those memories of the past (each hearkening back to earlier sections of the essay) converging in a single moment. That’s a big part of baseball’s appeal for me: everything that happens adds a layer to the archeology of a game that would be recognizable to Abraham Lincoln and Barack Obama alike.
Read the entire post here.