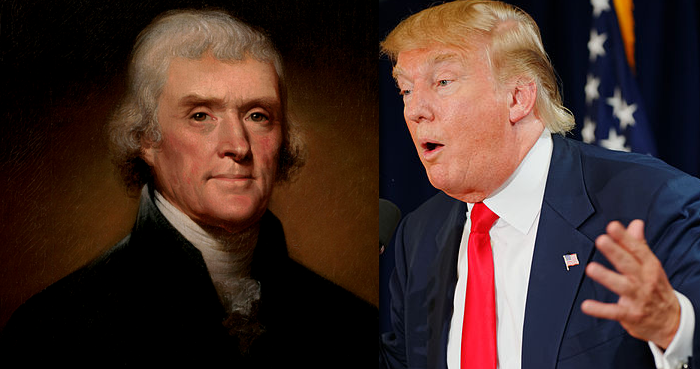 Here is a taste of my op-ed at today’s Harrisburg Patriot-News:
…When Webster visited Jefferson in December, the election had not yet been decided.  Ironically, for a man who built his political career defending the rights of farmers and frontiersmen, Jefferson was no fan of Andrew Jackson.
The Virginian worried what might happen to the country if the House of Representatives chose the military general from Tennessee.  Here is what he told Webster:
“I feel much alarmed at the prospect of seeing General Jackson President.  He is one of the most unfit men I know of for such a place.  He has had very little respect for laws and constitutions, and is, in fact, an able military chief.  His passions are terrible.  When I was President of the Senate, he was Senator; and he could never speak on account of the rashness of his feelings.  I have seen him attempt it repeatedly, and as often choke with rage.  His passions are, no doubt, cooler now; he has been much tried since I knew him, but he is a dangerous man.”
Read the entire piece here.