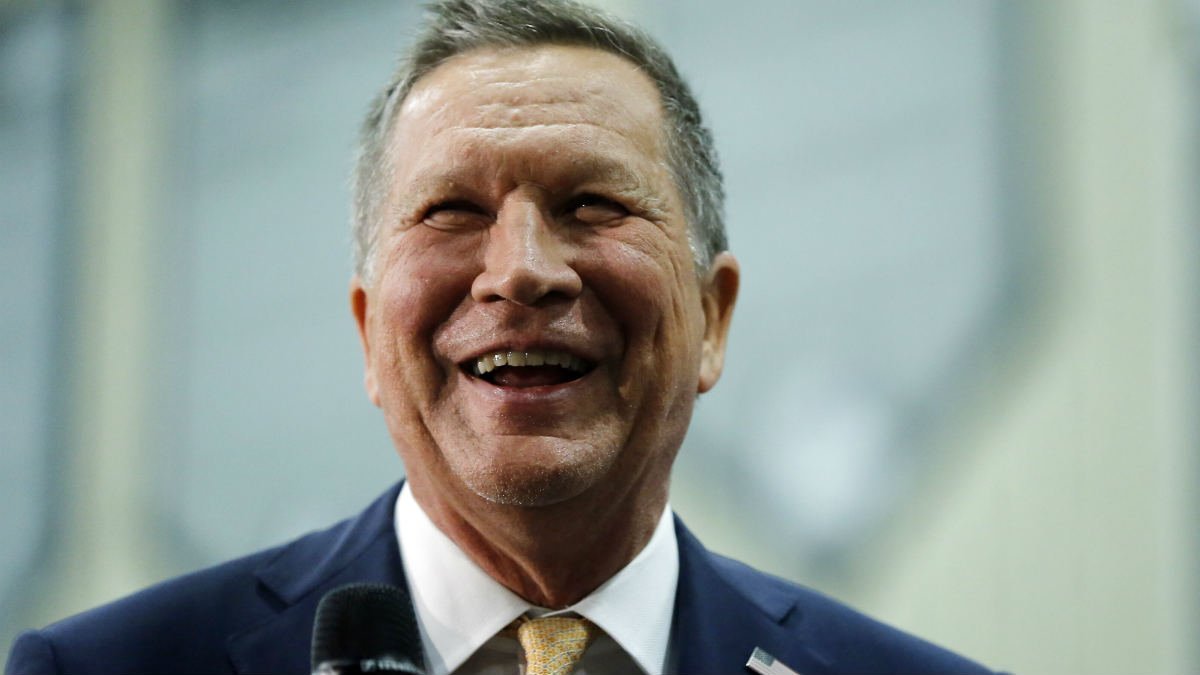 Some of you who follow The Way of Improvement Leads Home know that I have been writing a lot about what I have called “The Kasich Way.”
I suggested that Kasich is drawing heavily, whether intentionally or not, from the work of James Davidson Hunter in To Change the World: The Irony, Tragedy, and Possibility of Christianity in the Late Modern World.
But according to Laura Turner at Politico, he is also drawing heavily on the spiritual writings of the late Dallas Willard.
Turner suggests that the Kasich Way is actually hurting the Ohio Governor among evangelicals, many who prefer a Christian culture warrior over a candidate with a positive message of community, human dignity, and spiritual healing. The fact that Kasich’s message is not resonating with evangelicals is an indictment on American evangelicals. He is the most Christian candidate in the race.
I wonder how many evangelicals might change their minds about Kasich if they knew he was channeling Willard, an extremely popular writer in evangelical circles. Willard has authored several classics of evangelical spirituality, including The Divine Conspiracy and The Spirit of the Disciplines.
Here is a taste of Turner’s piece:
There’s good reason to believe, however, that the most religiously driven candidate of all is a man who is remarkably un-theatrical about his beliefs—who even vows, “I don’t go out and try to win a vote by using God. I think that cheapens God.” That would be John Kasich…
If you listen closely to what Kasich has said over the years about religion, you start to see a particular theme: He seems less motivated by specific strictures and “values” than by the broader conviction that eternal life changes our perspective on the temporal. Kasich cites the late University of Southern California philosophy professor Dallas Willard as one of his theological inspirations—an unusual choice because Willard was not always accepted by the Christian establishment. His teaching that the Kingdom of God is available here and now—“eternity is already in session,” he was known to say—follows a school of thought known as spiritual formation, or the idea that with discipline and spiritual development, ordinary Christians can grow to become more like Jesus. “I love to envision the potential impact on society if more and more people in government began to live lives of other-centered love,” Kasich wrote in a tribute book to Willard. “I have hope that I can put practices in my life today that can help me not only now but also in the world yet to come.” Kasich, with his unique mix of left- and right-leaning views, seems to have adopted Willard’s focus on the Kingdom of God as far more important than the Republic of the United States.
Focusing on the world to come makes sense for any Christian believer. But in 2016—an unusually freewheeling, insult-filled race—it might be exactly the wrong belief for a presidential candidate to embrace. At a time when voters are demanding immediate solutions to perceived wrongs, patience and the promise of heaven might not mean much at the voting booth.
That hasn’t stopped Kasich. Recently, a voter at a Georgia town hall asked the governor when would he “live out [his] purpose” by finally punching back at Trump and Rubio. Kasich’s response—perhaps not surprisingly—was a study in temperance: “I don’t know if my purpose is to be president,” he said. “Whether I’m president or whether I am not president, OK, I’m carrying out my mission. Don’t you think?”
Read Turner’s entire piece here.