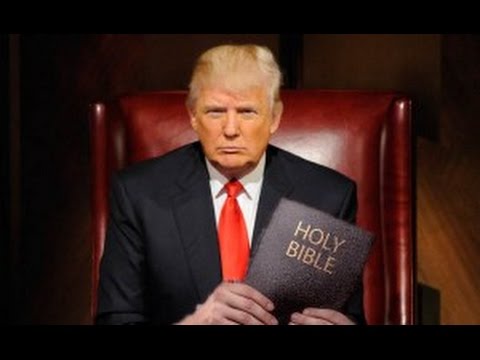 In 1620, the Puritan John Winthrop said that Massachusetts Bay Colony was a “City on a Hill.”  The Puritans who came to New England believed that they were a new Israel–God’s chosen people.  This sense of Christian exceptionalism, as my friend John Wilsey has recently shown, has been around for a long time.  The so-called “greatness” of America has been inextricably linked in the minds of many Christians to the blessing of God.
In 1776, John Witherspoon, the only clergyman to sign the Declaration of Independence, preached a sermon entitled The Dominion of Providence Over the Passions of Men.  In this sermon the Presbyterian minister and president of the College of New Jersey at Princeton argued that the American Revolution was a just cause because God is always on the side of liberty.  The British colonies were fighting for liberty. The King and Parliament were acting in a tyrannical fashion.  Based on this logic, Witherspoon believed God was on the side of the American Revolution.
In the early nineteenth century evangelical Christians, the products of the so-called “Second Great Awakening,” formed dozens of reform movements to Christianize the nation.  These evangelical reformers believed that God had a special destiny for the United States.  If they could Christianize the culture they might even usher in the second coming of Jesus Christ.  The fate of the gospel and the fate of the nation were tightly bound.
During the Civil War both the North and South connected their visions for America with divine Providence.  At the turn of the 20th century, Woodrow Wilson tried to make the world safe for democracy and did so with a sense of Christian zeal.  During the 1950s, Dwight Eisenhower baptized American prosperity and the free-market with a dose of Christian nationalism.  “Under God” was added to the Pledge of Allegiance and “In God We Trust” was placed on paper money during this decade because Americans wanted to distinguish the “greatness” of their country from the so-called “godless Communists.”   And in the 1970s and 1980s these historic efforts to link God and country were enhanced by the evangelicals and fundamentalists who founded the Christian Right.
This quick and dirty sketch reveals that “God and country” idealism has been around, in one form or another, since the 17th century.  When Christianity is not protected, celebrated, and even privileged America ceases to be great.  When people believe that the American economy is not strong, or when newcomers do not seem to assimilate as quickly as natives would like to see them assimilate, then it is a sign that God is disciplining the nation.  When this happens, a revival of Christianity and patriotism (which have often been code words for nativism) is necessary to “make America great again.”
Over the last several months I have spent a lot of time talking with evangelicals who support Donald Trump or are leaning toward Trump.  I do not question their religious faith.  They are people who read their Bibles and pray.  Some go to church and some do not, but they do take their relationship with God seriously.
They also take their identity as patriots seriously.  If we understand American religious history and the longstanding connection between Christianity and nationalism, the fact that so many evangelicals are supporting Trump should not surprise us.
Trump may be crude and offer very little in terms of policy, but by trying to “make America great again” he has embarked, in the minds of many evangelicals, on a divine mission.