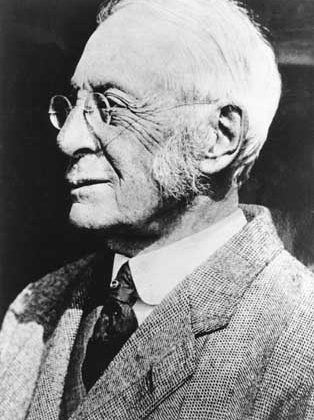 Adam S. Cohen  is the author of Imbeciles: The Supreme Court, American Eugenics, and the Sterilization of Carrie Buck. It will be released this month with Penguin Press.
Over at Harvard Magazine, Cohen shows how the prestigious university’s professors were once promoters of scientific racism, immigration restriction, and the suppression of “the unfit.”
Here is a taste of Cohen’s article about this ugly chapter in the history of Harvard University:
In 1912, Harvard president emeritus Charles William Eliot addressed the Harvard Club of San Francisco on a subject close to his heart: racial purity. It was being threatened, he declared, by immigration. Eliot was not opposed to admitting new Americans, but he saw the mixture of racial groups it could bring about as a grave danger. “Each nation should keep its stock pure,” Eliot told his San Francisco audience. “There should be no blending of races.”
Eliot’s warning against mixing races—which for him included Irish Catholics marrying white Anglo-Saxon Protestants, Jews marrying Gentiles, and blacks marrying whites—was a central tenet of eugenics. The eugenics movement, which had begun in England and was rapidly spreading in the United States, insisted that human progress depended on promoting reproduction by the best people in the best combinations, and preventing the unworthy from having children.
The former Harvard president was an outspoken supporter of another major eugenic cause of his time: forced sterilization of people declared to be “feebleminded,” physically disabled, “criminalistic,” or otherwise flawed. In 1907, Indiana had enacted the nation’s first eugenic sterilization law. Four years later, in a paper on “The Suppression of Moral Defectives,” Eliot declared that Indiana’s law “blazed the trail which all free states must follow, if they would protect themselves from moral degeneracy.”
Read the rest here