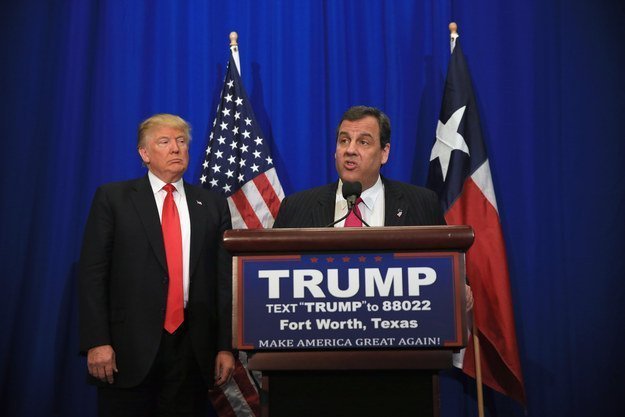 Last night both Hillary Clinton and Donald Trump moved closer to winning the nomination of their respective parties. They both racked-up large numbers of delegates.
But for those of us who have been following this election closely, it will feel like little has changed when we wake up on Wednesday morning.
Trump will continue to hold large rallies and say controversial things about Ted Cruz, Marco Rubio, and immigrants.  Last night he compared Marco Rubio’s attacks on him to the comedy of Don Rickles.  Reports are surfacing that Sheckey Green and Buddy Hackett (despite the fact that he died in 2003) are offended by this comparison.
Ivanka will have her baby and Donald will figure out some way to use the birth of his grandchild to endear himself to voters.
Chris Christie, who is now playing Ed McMahon to Trump’s Johnny Carson, will wonder what has happened to his political career as he travels around the country and gives speeches on Trump’s behalf. Christie will look back and realize that his career may have peaked at this moment:

The KKK accusations will not go away. This exchange between Trump supporter Jeffrey Lord and CNN commentator Van Jones will not help matters:

Ted Cruz will claim that his victories in Texas and Oklahoma must be interpreted as evidence that he deserves the nomination.  Though he can no longer say that he is the only Republican to have beaten Donald Trump (see comments on Marco Rubio below), this will not stop him.  Instead he will announce that he is the only candidate who has defeated Trump more than once.  He will hammer Trump and urge Rubio, Carson, and Kasich to leave the race and unite around him.
Rubio’s win in Minnesota means that he can finally claim to have defeated Trump in a presidential primary.  He will spend the week reminding Ted Cruz of this fact and, with the Florida primary coming up, will ramp-up his assault on Trump. The comedy act is not over.  Or perhaps it is a tragedy.
Ben Carson should quit.  If he does not, he will be in danger of damaging his reputation among evangelicals.  His book sales will decline. People will wonder if his hands are as gifted as they once were.  (There is a rumor circulating that GOP officials will approach Carson today and ask him to drop out of the race and run for Senator in his home state of Florida).
I am sure John Kasich will try to get as much mileage as possible out of his strong showing in Vermont.  He will hang around until the Ohio primary and try to stay above the fray. He will still be a breath of fresh air.
The Democratic race will intensify.  Bernie did well enough last night to sustain the “revolution.” More money will flow into his campaign.  Sunday night’s debate should be a good one.
Meanwhile, the “kinder and gentler” Hillary Clinton–the candidate who throws out fake John Wesley quotes–will keep citing 1 Corinthians 13 and talk about loving one another.
As Kasich would say: “fasten your seatbelts.”