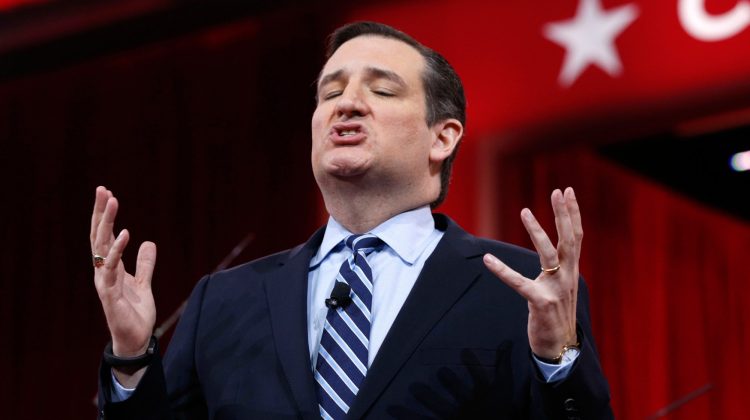 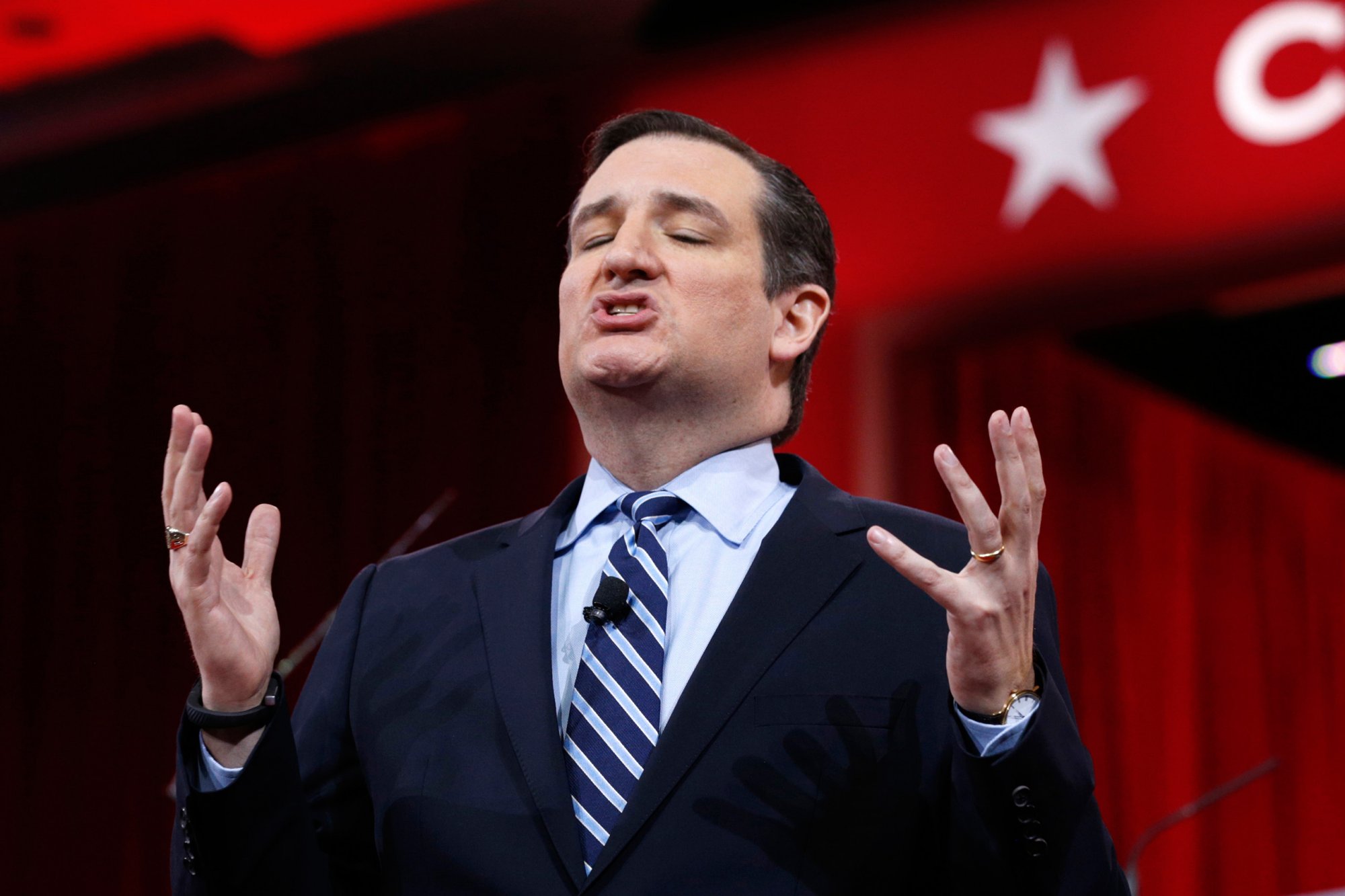 Here is Ted Cruz talking with David Brody of the Christian Broadcasting Network about his so-called “God Talk.”  (I am having trouble embedding the video.  Watch it at the link above).
Cruz is a master politician.  This is a very shrewd answer.

He says that it is not his “calling” to deliver the salvation message.  Fair enough.  Cruz will not use the presidential bully pulpit to preach the Gospel.

He is right when he says the First Amendment reflects the religious beliefs of Muslims and atheists.  Again, Cruz is right.  But the Texas Senator rarely talks about religious liberty outside the context of Christianity.

And when Cruz says that the United States was founded on Judeo-Christian principles that need to be restored today in America, it raises questions about how he reconciles this belief with his defense of religious liberty.

And one more thing about his discussion of the “founding.”  The United States was not “founded” by people fleeing religious oppression.  Most of the so-called founding fathers were born in the British colonies. Here Trump is confusing the “founding” with what I have called the “planting” of the British colonies in the seventeenth century.  I talk about the difference here and in Chapter Five of Was American Founded as a Christian Nation?: A Historical Introduction.

But let’s give Cruz the benefit of the doubt here.  Perhaps he might accuse me of playing semantics when I distinguish the “planting” from the “founding.”  What Cruz is really talking about is the seventeenth-century migrants who first settled along the eastern seaboard, developed societies, and eventually rebelled against England in 1776.

Were these settlers fleeing religious persecution?  Some of them were.  In New England a small group of Puritans came to Plymouth and Massachusetts Bay in pursuit of religious liberty from what they perceived as the tyrannical leaders of the Church of England, clergy and bishops who were not fans of Calvinism.

But when they arrived in North America, they were certainly not champions of the kind of religious liberty that Cruz celebrates in the First Amendment.  They imprisoned, fined, ousted, and even killed people who did not share their religious beliefs.  So let’s not pretend that the colonies were planted (or “founded”) on principles of religious liberty. As I tell my classes, inhabitants of Massachusetts Bay were religious free–free to conform to Puritan orthodoxy.  Government did “get in the way” of people practicing their faith according to the dictates of their consciences.  Just ask Anne Hutchinson, Roger Williams, and Mary Dyer, to name just a few.

But the Puritans are only a small part of the story.  There were several colonies–including Virginia, the first British colony–that were not founded by people seeking religious liberty.

I am afraid that Cruz is taking his history cues from David Barton, the Republican activist who runs his super-PAC.

I also want to call attention to what Cruz does not say in this interview with Brody.  He never says how his Christian faith will inform the way he governs or his moral vision for the United States.

This may be going too far, but I wonder if Cruz’s claim that he will not be “pastor-in-chief” can be compared to the way that John Winthrop, the Governor of the Massachusetts Bay Colony, was also not a “pastor-in-chief.”  Winthrop was a political leader.  He was not responsible for preaching the gospel in the colony.  At the same time, he enforced and advanced all of the discriminatory policies I mentioned above.

In Massachusetts Bay, church and state were separate.  Technically, it was not a theocracy. But the line that separated the government from the church was very, very thin.

And finally, if the events of the last couple of days are any indication, it appears that Cruz’s commitment to the Constitution is not as important as his moral politics.