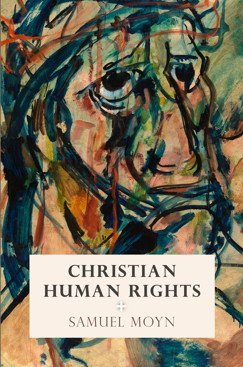 Check out Lilian Calles Barger interview with Samuel Moyn, history professor at Harvard and author of Christian Human Rights.
Here is Barger’s summary of Moyn’s book:
Samuel Moyn is Professor of Law and History at Harvard University. InChristian Human Rights (University of Pennsylvania Press, 2015), Moyn provides a historical intervention in our understanding of how the idea of human rights in the mid-twentieth century came to be. He argues that contrary to current thought, that sees it as part of the long-legacy of Christianity, or the triumph of liberal democracy, it has a more complicated history. The notion of human rights was inspired by a defense of the dignity of the human person. It first arose just prior to WW II as part of the reformulation of the liberal idea of human rights, deemed morally bankrupt, taken up by conservative religious thinkers. Moyn argues that the long-held Christian concept of moral equality of human beings did not translate into political rights. Rather the reformulation of human rights in the 1940s was a Catholic communitarian defense against totalitarian, capitalism and political secularism. The language of rights was extricated from the legacy of the French Revolution “rights of man” to become a religious value checking the political power of the state with religious freedom as a key concept. The philosophy of “personalism” articulated by Jacques Maritain recast democracy and human rights in a Catholic vein becoming enshrined in the Universal Declaration of Human Rights and in the ascendancy of Christian democratic parties at mid-century. Secularized after the 1960s, human rights became an increasingly uninspiring concept unable to do the work it promised. Moyn suggests transcending this mid-twentieth Christian legacy and notes the need to find a new effective transformative creed.
Listen to the interview here.