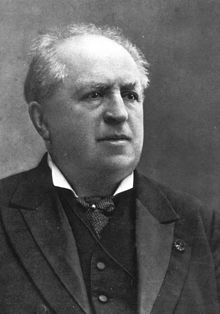 Despite my sarcastic and snarky title (I don’t know what has come over me lately), I am in agreement with the Calvinist philosopher/theologian Richard Mouw here. Abraham Kuyper, the Dutch Reformed intellectual and former Prime Minister of the Netherlands, offers some nice theopolitical insight to this mess of a presidential election.
Here is a taste of Mouw’s piece at First Things:
In the mid-1970s, the famous Mennonite theologian and ethicist John Howard Yoder visited Calvin College to give a lecture explaining the Anabaptist perspective on political authority. His opening comments offended many in his audience (including me). Referring to the Gospel account of the third temptation of Jesus in the wilderness, Yoder said that in refusing to bow before Satan in order to receive authority over the governments of the nations, “Jesus was refusing to be a Calvinist.”
…while I still harbor irritation at Yoder’s piece of anti-Calvinist rhetoric, I think the third temptation reminder is an important one specifically for Calvinists to heed. I can appeal in this regard to the authority of no less than the prominent 19th century Calvinist statesman and theologian Abraham Kuyper. When Kuyper visited the United States in 1898 to deliver the Stone Lectures at Princeton Seminary, he made a point of criticizing John Calvin for tying his theology too closely to a political agenda—a topic very much on Kuyper’s mind, given his active role in the Dutch Parliament, where in a few years he would serve as prime minister. In almost one hundred pages of extolling the virtues of Reformed life and thought in his prepared text (still in print as Lectures on Calvinism), Kuyper confesses that on some key elements in past Calvinist thought he not only was unable to “pick up the gauntlet for Calvinism,” but he actually found it necessary to “directly oppose it.”
Kuyper explains himself by offering a litany of historical cases where Calvinism went wrong. The defects of Reformed politics can be seen

in the pile and fagots of Servetus [whom John Calvin had executed for heretical teachings in Geneva]. It lies in the attitude of the Presbyterians toward the Independents. It lies in the restrictions of liberty of worship and in the “civil disabilities,” under which for centuries even in the Netherlands the Roman Catholics have suffered. The difficulty lies in the fact that an article of our old Calvinistic Confession of Faith entrusts to the government the task “of defending against and of extirpating every form of idolatry and false religion and to protect the sacred service of the Church.” The difficulty lies in the unanimous and uniform advice of Calvin and his epigones, who demanded intervention of the government in the matter of religion.

Kuyper may be quite harsh here in his version of Calvinism’s historical record, but he quickly goes on to insist that the proper correctives to this regrettable pattern can be found in a unique and compelling way within Calvinism’s own theological resources. In tension with the practices and events that Kuyper deplores, he holds up an underlying Calvinist celebration of the liberty of the individual conscience—a theme clearly on display, he observes, in the way “our Calvinistic Theologians and jurists have defended the liberty of conscience against the Inquisition.” Indeed, Kuyper argues, it was the genius of Calvinism to oppose the French Revolution’s corrupt notion of individual liberty as the freedom “for every Christian to agree with the unbelieving majority” in favor of the kind of liberty, as Calvinism eventually came to endorse explicitly, “which enables every man to serve God according to his own conviction and the dictates of his own heart.”
Read the rest here.