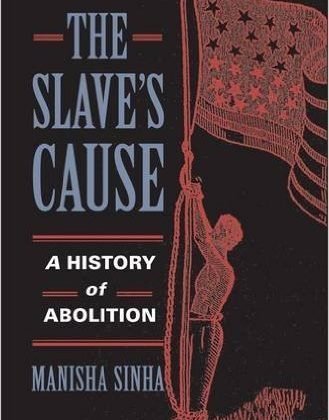 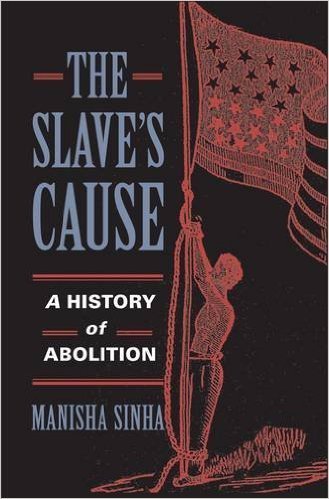 Manisha Sinha is Adjunct Professor of History and Professor of Afro-American Studies at University of Massachusetts Amherst. This interview is based on her new book, The Slave Cause: A History of Abolition (Yale University Press, 2016).
JF: What led you to write The Slave Cause?
MS: I began writing this book as a history of black abolitionists but soon realized that I could not just talk about them in isolation from the broader abolition movement. I also realized that such an approach allowed historians of abolition to either ignore or marginalize the contributions of African Americans, free and enslaved, to the movement.
JF: In 2 sentences, what is the argument of The Slave Cause?
MS: I argue that slave resistance rather than bourgeois liberalism lay at the heart of the abolition movement from its origins in the eighteenth century until the Civil War. Further, that abolition overlapped with international social movements like utopian socialism, early feminism, and led many abolitionists to espouse the rights of labor, American Indians, and develop incipient critiques of economic inequality and European imperialism.
JF: Why do we need to read The Slave Cause?
MS: Most scholars as well as the broader public have yet to fully appreciate the interracial and emancipatory nature of a radical social movement like abolition as well as its role in effecting political change, state formation, and progressive constitutionalism.
JF: When and why did you decide to become an American historian?
MS: I grew up in India in the aftermath of the Civil Rights Movement and was taken by the manner in which Martin Luther King, Jr. connected the black struggle for equality in the United States with Mahatama Gandhi’s notion of nonviolent struggle in India’s anti-colonial freedom movement. I read The Autobiography of Malcolm X and Coming of Age in Mississippi by Anne Moody and became deeply interested in questions of race, citizenship, and democracy. From there I worked my way back to the history of slavery, abolition and the Civil War.
JF: What is your next project?
MS: My next project is on the making of Radical Reconstruction after the Civil War. I want to explore what happened to the abolitionist vision, often caricatured as a radical mindset rather than a program for political change, after emancipation. I plan to start working on it next year when I am on sabbatical.
JF: Thanks, Manisha!