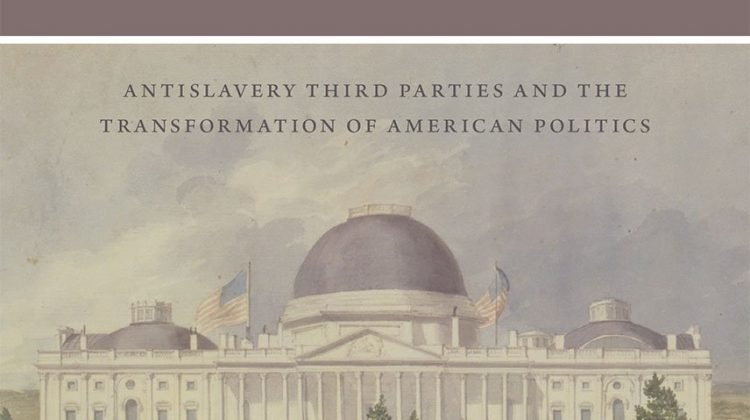 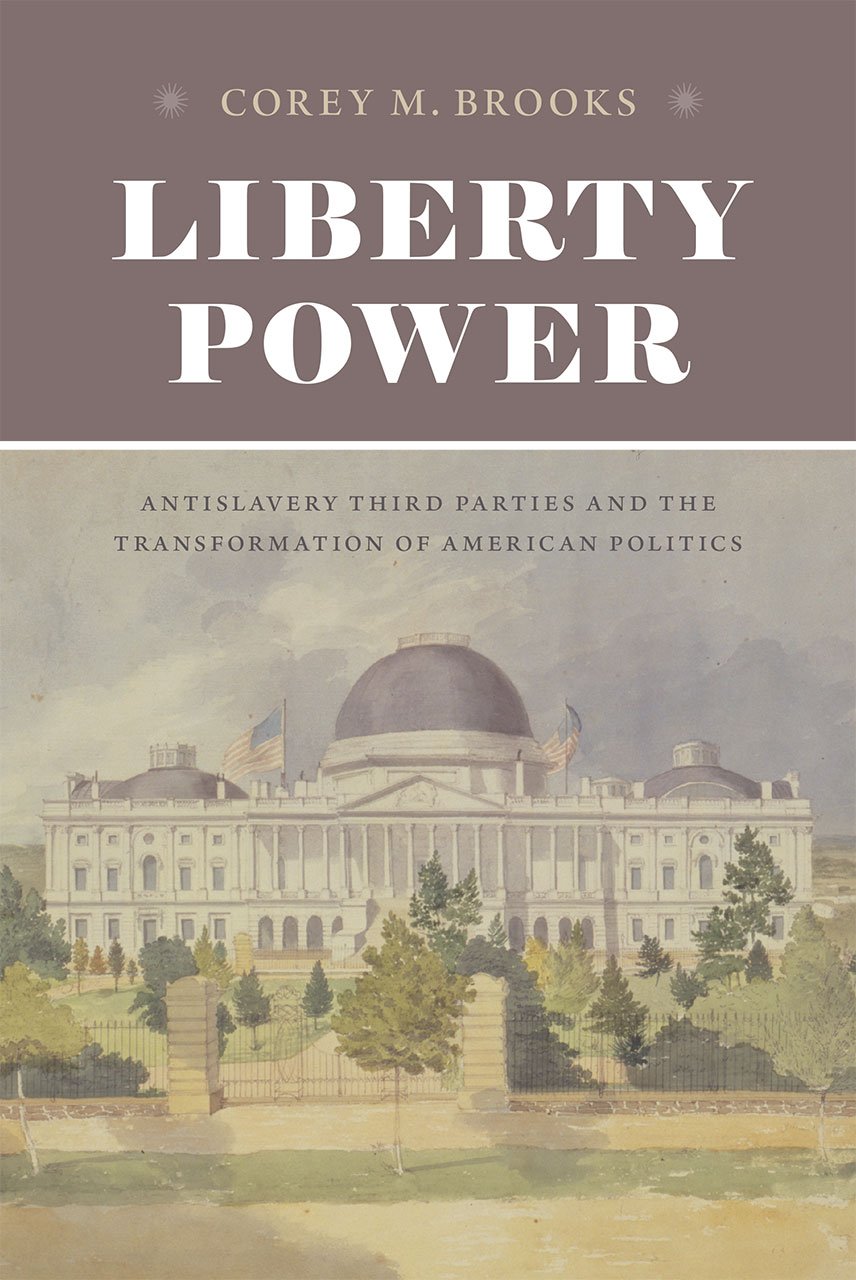 Corey M. Brooks is Assistant Professor of History at York College of Pennsylvania. This interview is based on his new book, Liberty Power: Antislavery Third Parties and the Transformation of American Politics (American Beginnings, 1500-1900) (University of Chicago Press, 2016).
JF: What led you to write Liberty Power?
CB: I wrote Liberty Power to highlight how political abolitionists transformed national politics in the decades leading up to the Civil War.  In traditional texts I had read as a young student of American history, what seemed to me the most important radical American social movement appeared surprisingly disconnected from the greatest political rupture in the nation’s history.  In conducting my undergraduate thesis research on John Quincy Adams’s interactions with abolitionists during his post-presidential congressional career, however, I was struck by the forceful, purposeful, and often highly effective efforts of political abolitionists to influence congressional debates.  As I delved more deeply into literature on the coming of the Civil War, I found that analyses of American antislavery activism and sectional political conflict were only rarely in dialogue with each other.  Liberty Power returns the crucial antislavery third-party politics of Liberty and Free Soil Parties to the center of our national political story.
JF:  In 2 sentences, what is the argument of Liberty Power?
CB: Liberty Power illuminates how a relatively small but sophisticated group of abolitionist activists exercised outsized political influence and helped fundamentally destabilize the proslavery Second Party System of Whigs and Democrats.   In pioneering and popularizing the rhetorically potent and politically critical Slave Power argument, political abolitionists built a countervailing “liberty power” that laid the groundwork for slavery to become the central issue in national politics.
JF: Why do we need to read Liberty Power?
CB: Liberty Power shows how a radical social movement encountered, identified, and triumphed over grave structural political obstacles.  This story helps us understand the fundamental role of antislavery in causing the Civil War. Far from being naïve idealists or stumbling into unforeseen controversies, political abolitionists directly and intentionally helped force the nation to confront and resolve the deep conflict between freedom and slavery (even if most couldn’t anticipate the scale of the bloodshed such a resolution would require).  Liberty Power helps us better understand both the coming of the Civil War and the nature of American abolitionism, but it is also suggestive of how we might think about the broader history of political change in America and the potential impact of a third party.  Readers of Liberty Power will see how intelligent and passionate political activists overcame daunting odds to reshape American politics.  They managed to succeed not only because of their deeply held moral convictions but also because they understood that to transform the national political system they had to become careful, thoughtful students of how American political institutions worked.
JF: When and why did you decide to become an American historian?
CB: As is the case for many historians, inspirational teachers deserve much of the credit.  The most important was my undergraduate mentor at Penn, the late Robert F. Engs. A few dedicated high school teachers pushed me to work hard at, and come to love, studying history, so I entered college knowing I would major in history, and I always gravitated to American history in particular out of my desire to understand the evolution of the society, and especially the political system, in which I live.  But it was working with Bob Engs as a research assistant annotating a collection of Civil War letters (which we later co-edited and published as Their Patriotic Duty: The Civil War Letters of the Evans Family of Brown County, Ohio [Fordham, 2007]) that convinced me to become a professional historian.  Bob, in his characteristically generous, unassuming style, taught me to love the research process, as he presented me with seemingly small, but often surprisingly complex, assignments designed to generate footnotes contextualizing material in the letters. In completing these serial mini-research projects, I came, I presume by Bob’s design, to embrace the many challenges and occasional thrills of historical research.
JF: What is your next project?
CB: I have a couple of long-term projects in development further exploring the intersection of race, social activism, and political institutions in nineteenth-century America, but more immediately, I am working on an article on public memory of Roger Taney in Annapolis, Baltimore, and Washington D.C.  In the years just after Taney’s 1864 death, Radical Republican Senator Charles Sumner defeated a congressional effort to memorialize the author of the infamous Dred Scott decision, while the Maryland legislature, by contrast, commissioned a monumental Taney statue to stand (as it still does) in the most prominent place of honor on the statehouse grounds.  My project will contribute to the Civil War memory studies literature by encouraging us to also rethink the sculpting (literally and figuratively) of public memory of antebellum conflicts.  Historicizing the Taney statue in Annapolis and its replica installed a decade and a half later in Baltimore will shed light on how white Marylanders’ public memory of antebellum conflicts reflected and reinforced the disheartening postbellum racial climate.
JF: Thanks, Corey!