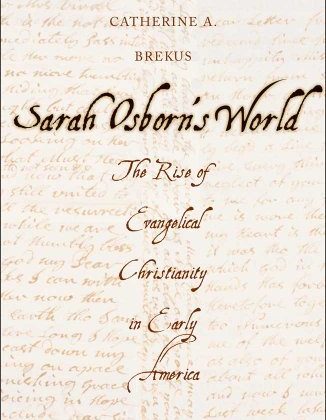 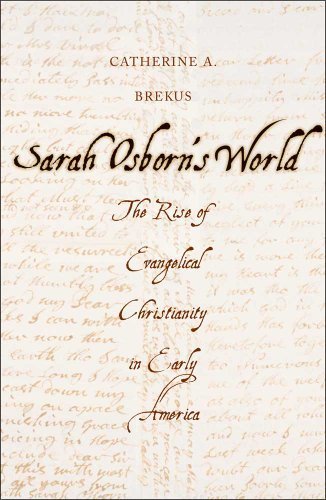 The reports from the annual meeting of the American Historical Association in Atlanta keep rolling in here at The Way of Improvement Leads Home.  Paul Putz is  Ph.D student in American history at Baylor University writing a very interesting dissertation on the history of Fellowship of Christian Athletes.  Paul reports from a session on the writing of religious biography.  –JF
My first trip to the winter AHA/ASCH meeting was a whirlwind of activity. One of the best aspects was getting to meet many of the historians I’ve gotten to know online through twitter and blogging. It really seemed like many of the conversations we’ve had online seamlessly transitioned to the offline world.
Of all the sessions I attended, I took my most detailed notes on the Thursday afternoon panel, “New Approaches to Religious Biography: Reexamining American Protestant Life-Writing.” It had a stellar cast of participants: Sara Georgini, David Mislin, and Elizabeth Jemison presenting, David Holland commenting, and Catherine Brekus as the chair. Brekus’s Sarah Osborne’s World is one of my favorite religious biographies, so I was very pleased to see her involved.
Just before I made my way to Atlanta last week I read Slate’s study of popular history books, so I had biographies on my mind. Not surprisingly, Slate’s report found that the vast majority of trade press biographies published last year (71.7%) were of men. In that regard, the all-male biographical subjects featured on the panel would have fit right in. On the other hand, two of the three presenters on the panel were women, markedly different than the disparity between men and women when it comes to authorship of trade press biographies.
Sara Georgini, PhD candidate at Boston University and assistant editor of the Adams Papers at the Massachusetts Historical Society, was up first. Her paper, part of a larger dissertation project on the religion of the Adams family from 1583-1927, featured the travels/pilgrimages of Charles Francis Adams Sr. (son of John Quincy Adams), looking at how they contributed to his spiritual development. Georgini also connected Adams’s experiences and reflections with the broader story of nineteenth-century liberal Protestantism’s place within the United States.
Next, Clemson professor of religion Elizabeth Jemison used the autobiographies of Lucius Holsey and Isaac Lane, two late-nineteenth-century Colored Methodist Episcopal Church ministers, to explore the intersection of religious and racial identities in South. She provided sharp insights into the surprising ways that those identities could merge and interact, and their part in the social construction of race in the post-emancipation South. Unlike the other two papers, Jemison’s was not part of a larger biographical project, but rather stemmed from her dissertation-turned-book-project, tentatively titled Protestants, Politics, and Power: Race, Gender, and Religion in the Post-Emancipation Mississippi River Valley, 1863-1900.
The last paper came from David Mislin, a professor at Temple University who recently published his first book, Saving Faith: Making Religious Pluralism an American Value at the Dawn of the Secular Age (Cornell University Press). Mislin’s paper featured late-nineteenth- and early-twentieth-century Congregationalist pastor Washington Gladden. Gladden is often viewed as a leading figure in the shift towards liberal theology and social reform in establishment Protestant churches, but Mislin focused instead on Gladden’s work as a pastor, looking at how he was connected to and shaped by the everyday needs and experiences of his congregation. The paper was a small part of a new biography of Gladden that Mislin hopes to publish in the next couple years.
The three papers were excellent, and I look forward to reading the larger projects once they hit the market. That said, I was a bit surprised that the papers didn’t really address questions of methodology. Rather than discussing new approaches to writing religious biographies, they were new religious biographies. Harvard Divinity professor David Holland helped to fill that void with his comments. Holland found commonalities in the approaches taken by the three papers – like any good biography, he said, all three turned on a surprise. And all tended to be sympathetic, listening closely to what the subjects of study said about themselves.
But even if they were sympathetic, Holland noted that the papers did not entirely escape the tendency to emphasize contemporary interests rather than those of the biographical subjects. Citing Perry Miller, Holland spoke of how biographers often “amputate” from their subjects what they don’t like or what they find unimportant to present concerns. This, Holland said, is an almost inescapable problem. So, too, is the tension between the uniqueness of the single biographical subject and the need to make big arguments or grand claims for the importance of one’s subject. In Holland’s view, biographies exist in tension between the “historicized particularity” and the “quest for significance” – and in that sense, the three papers did not necessarily offer markedly new approaches, but rather wrestled carefully with the age-old problems of the biographical angle.
All in all, it was an insightful and thought-provoking panel, one that I am very glad I attended. I also suspect that TWOILH’s fearless leader may have a thought or two about these questions and issues, given the subject of his first book.