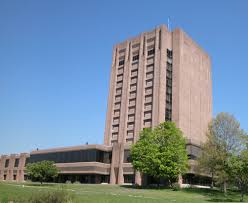 We are glad to have Christian James writing for us at The Way of Improvement Leads Home this weekend.  James is a Technical Information Specialist at the National Agricultural Library in Beltsville, Maryland. Here is his first post:–JF
This year’s AHA conference provided a great opportunity to network and learn about new developments in the historical profession. As a federal librarian with a background in history, I found plenty of ways to meet people interested in my library’s subject area, promote my work, and think about how developing methods of inquiry intersect with my institution, the National Agricultural Library.
I got into Atlanta on Friday afternoon and made it to the conference in time to attend the Agricultural Historical Society’s session. This was my first time attending anything from the Society, or any of the other affiliated societies at the AHA annual conference. The Society seems like a very collegial, tight-knit group. The session provided a very enlightening discussion of Alan Olmstead and Paul Rhode’s Arresting Contagion: Science, Politics, and Conflicts Over Animal Disease Control . This book deals with U.S. federal policy on animal inspection, with implications for the way we look at the expansion of federal power in the late 19th Century. Following this session I networked further during the Society’s social hour. (It was great meeting all of you!)
On Saturday morning I attended two quite different, but equally enlightening, sessions representing the cutting edge of historical instruction and theory. The first, “Learning History through Avatars,” examined undergraduate courses that teach history by asking students to roleplay as ordinary historical characters. Each course, while at separate universities, asked students to assume the role of someone outside the United States and blog about him or her in that person’s voice.
I love hearing about the intersection between “historical thinking” and digital technology. But there was actually much discussion and debate as to whether or not this method was in fact digital history. The conference program had labeled it as such, but the chair, Erika Quinn, insisted that role-playing is not digital history. Panelist Steven Volk disagreed, saying that his course was unimaginable without the Internet. There was also much discussion about whether or not men could be effectively persuaded to take on a female persona. (Personally, I think that the possibility of anonymity online could encourage male students to assume these positions, but this possibility was not thoroughly discussed.)
While this panel re-convened for a “Part 2” later in the day, I moved on to other sessions to diversify my conference experience. Next up, I stopped by the poster session, where I got to talk food history with Mookie Kideckel, who presented a poster on the breakfast cereal industry. I also caught up with a former classmate from George Mason University. Then I spied The Way of Improvement Leads Home mastermind John Fea himself and got to chat face-to-face for the first time!
Next up was a quite different experience. Instead of the nuts-and-bolts of history instruction that I took in at the avatar panel, I listened to some dense theory in “Historical Analysis after the ‘History Wars.” William Sewell of the University of Chicago. chaired the session. Carol Symes started by talking about textual analysis.  Much of the textual analysis (contextualization, recognizing materiality) that modern Americanists take for granted, she argued, is not accepted among Medievalists. Anna Krylova talked about the cultural turn, which at first felt like I was witting in a historiography course. But Krylova has some legitimate theoretical bones to pick with the conflation of linguistic and discursive analyses. Judith Surkis called for more integration of legal history with cultural and social history.
I really came to this panel to hear Nicola Di Cosmo talk about scientific data. Can historians use it? Di Cosmo talked about environmental data, which is part of our digital collections at the National Agricultural Library. He highlighted some of the shoddy historical reasoning that scientists have used to analyze historical rainfall data and pointed out how historians are not trained to perform complex statistical analysis. Nonetheless, he argued that “ignoring the mountains of data emerging from labs is probably not the best approach.” Collecting and preserving scientific data is a huge trend in research libraries, so as a librarian I hope that historians will eventually take advantage of these sources. Curiously, Di Cosmo and the panel glossed over the concept of “digital history” and whether this is a paradigm that could engage scientific data or change historical analysis at large.
After a late lunch, I headed back to the poster session to talk about a digital collection I helped assemble for the National Agricultural Library. Next year, don’t forget stop by the poster session! It’s a great way to talk in-depth with scholars about their research and projects. It was also a great way for me to connect with attendees I had met this weekend but had not yet talked with at length.
After winding down by looking at some books in the exhibit area, I am exhausted! It’s time to re-charge and get ready to hear about other cool digital projects tomorrow.