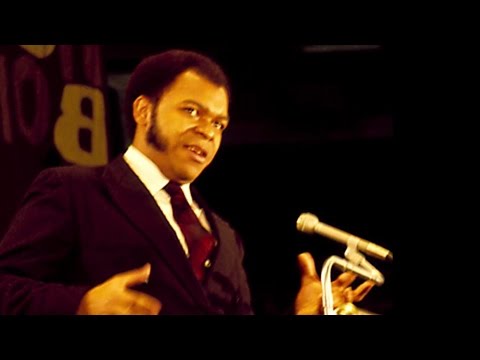 Last week we did a post on InterVarsity Christian Fellowship’s recent embrace of the #blacklivesmatter movement.
Over at The Anxious Bench, David Swartz, the author of Moral Minority: The Evangelical Left in an Age of Conservatism, has provided some historical context to this development.
Here is a taste:
Missing from the breathless reporting (one critic titled his piece “Dorothy, This Is Not Your Parents’ InterVarsity Anymore”) on Urbana ’15 was a sense of historical perspective. As I’ve written about at length in my book Moral Minority, InterVarsity in fact has a long tradition of social activism. In 1967, for example, students drafted a resolution complaining that “there are no black men in leadership positions on the national staff.” Following Urbana ‘67, InterVarsity’s magazine wrote that very little “escaped criticism at the convention. … Anything that seemed to show intolerance came under their indictment, with impatience toward racism leading the list.”
At Urbana ‘70 the funky strains of Soul Liberation, a band of black musicians wearing afros, colorful outfits, and African symbols, welcomed attendees. The mostly white audience hesitated at first, unsure of what to make of “Power to the People,” a song full of idioms from the emerging Black Power movement. But the swell of students soon rose to its feet to sing and clap along, delighted by the radical departure from the usual hymns.
Tom Skinner, a black evangelist, then rose to deliver the evening sermon, a searing critique of racial prejudice in American society. Cheered on by over 500 black students who had arrived early to secure seats right in front of the podium, Skinner preached, “You soon learn that the police in the black communities become nothing more than the occupational force in the black community for the purpose of maintaining the interests of white society. … You soon learn that what they mean by law and order is all the order for us and all the law for them.”
Echoing Martin Luther King, Jr., Skinner contended that the white evangelical moderate remained strangely silent. “Christians supported the status quo, supported slavery, supported segregation.” “Even today, evangelicals “go back to their suburban communities and vote for their law-and-order candidates who will keep the system the way it is.”
Read the entire piece here.
If you appreciate this content, please consider becoming a Patron of Current.