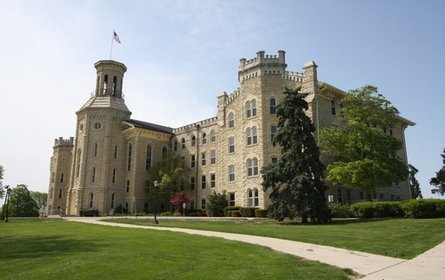 Darryl Hart thinks that the theology I have used to defend Wheaton College professor Larycia Hawkins’s decision to wear a hijab during Advent is too inclusive.

Here is what I wrote:
I think Hawkins is trying to say that we all belong to the same family–the human family. And there are times, even in the life of an exclusively Christian college, when those human connections should be acknowledged. And they should be acknowledged, and even celebrated, for Christian reasons–namely the Imago Dei. So I am not sure that someone saying that Muslims and Christians worship the same God is a statement that is necessarily out of bounds at a Christian college, but it must be carefully nuanced and explained.
Here is what Hart wrote at his blog Old Life:
Once again, as is so often the case when Christians opine about matters of common interest, the real problem is a confusion of categories. So two-kingdoms theology again to the rescue. What’s wrong with showing solidarity with Muslims a little more narrowly than John Fea proposed? Why can’t we identify with Muslims living in the United States as Americans (or people who want to be citizens)? As such, Christians and Muslims would be people who support freedom of religion, speech, association, as well as laws against murder. The way to do this might be to wear the hijab or (for men) shemagh on Presidents’ Day, July Fourth, the three weeks of March Madness. What does Advent have to do with it? And such an identification allows us to affirm something that we really do have in common — the greatest nation on God’s green earth as opposed to the places of worship that actually keep Muslims and Christians separate.
I am not sure about March Madness, but I actually like this idea.
But if we really believe in the theological commitment to Imago Dei we need to think about the various ways we exercise this belief in public life.  Again, it must be done carefully and with an appropriate amount of explanation.  In a Christian college this kind of connection with our common humanity should never trump the real and fundamental differences between Christians and Muslims. These differences should be paramount.  They mean that a Christian college must draw theological boundaries.
I appreciate Hart’s secularism.  I really do.  But a Christian college, as I understand it, occupies a middle ground between the church and public life.  It seems like there are times when theology–in this case a belief in Imago Dei— might come to bear on the way the students and staff of a Christian college make sense of public life.