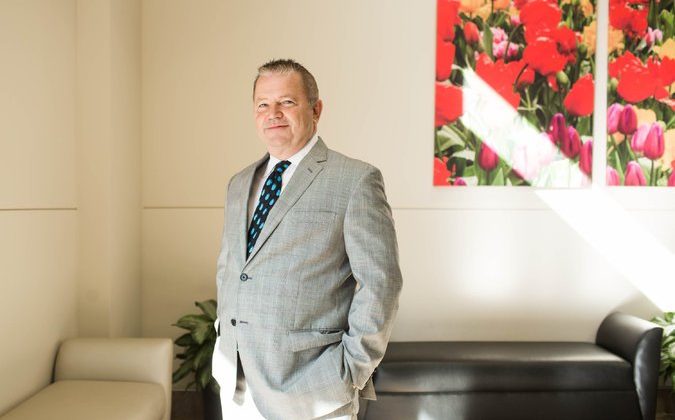 I recently talked to Reuters journalist Michelle Conlin about David Lane and the American Renewal Project.  You can read her finished piece here.

The American Renewal Project is a network of 100,000 ministers and pastors (as far as I can tell they are mostly white, conservative evangelical, middle-aged men) who are trying to get 1000 pastors to run for office in 2016.

One look at the American Renewal Project website reveals that this is yet another wing of the Christian nationalist movement.  There are stories about revolutionary-era clergy who supported the American Revolution,  defenses of the idea that the United States was founded as a Christian nation, and discussions of pastors running for political office to “save the soul” of America.  Lane is a Christian Right activist who believes that we need to “wage war to restore a Christian America.”  His use of history comes straight out of the David Barton playbook.  In fact, Barton is a supporter of this movement.

Here is a taste of Conlin’s article:

Aiming to motivate conservative Christians, they are focusing on smaller political races, local ballot initiatives and community voter registration drives.
At the center of the effort is the American Renewal Project, an umbrella group that says it has a network of 100,000 pastors. It is headed by evangelical Republican political operative David Lane, who wants to recruit 1,000 pastors to run for elected office in 2016.
So far, roughly 500 have committed to running, Lane told Reuters.
“This is a fundamental shift in strategy,” said John Fea, a history professor at Christian Messiah College, who is nevertheless skeptical the effort will produce the desired results. “Rather than forcing this from the top down, this is about a grassroots approach to changing the culture by embedding ministers in local politics from the ground up,” he said.
In some instances, pastors are trumpeting their candidacies or those of other evangelicals directly from the pulpit, in violation of Internal Revenue Service rules governing tax-exempt churches. Some are launching church-wide voter registration drives.
The American Renewal Project website dabbles in the American past.  It is obvious that Lane has been inspired by the so-called “Black Robe Regiment,” a name given to the eighteenth-century Protestant ministers who used their pulpits and influence to support the American Revolution.  We have written about this movement, and tried to debunk some of its myths, here and here.  The American Renewal Project website has references to Rev. John Peter Muhlenberg and Rev. Jacob Duche. These are clear indicators that Lane and his supporters are drawing on this “black robe” history.
Of course David Lane has every right to encourage ministers to run for office.  But I would urge him to stop manipulating American history to do it.  Frankly, the American history portrayed on his website is a mess.
For example, much of what we know about Muhlenberg comes from mid-to-late nineteenth-century sources, not from eighteenth-century documents. And while Duche did pray before the Continental Congress, he later turned his back on the American Revolution and George Washington and became a Loyalist.

One part of the website claims that “America’s Founders” established “Christianity as the official religion of America in the State Constitutions of the 13 original colonies.”  In fact, only a few states had religious establishments after the American Revolution (I am thinking here of Massachusetts, Connecticut, and, in a less official capacity, South Carolina).  Moreover, how could the “official religion of America” (whatever that means) be found in the individual colonies or states?”  I am confused.

Here is article XXXI of the 1776 North Carolina Constitution:

That no clergyman, or preacher of the gospels of any denomination, shall be capable of being a member of either the Senate, House of Commons, or Council of State, while he continues in the exercise of the pastoral function.

Here is article XXXIX of the 1777 New York Constitution:

And whereas the ministers of the gospel are, by their profession, dedicated to the service of God and the care of souls, and ought not to be diverted from the great duties of their function; therefore, no minister of the gospel, or priest of any denomination whatsoever, shall, at any time hereafter, under any presence or description whatever, be eligible to, or capable of holding, any civil or military office or place within this State.

Here is article XXI of the 1778 South Carolina Constitution:

And whereas the ministers of the gospel are by their profession dedicated to the service of God and the cure of souls, and ought not to be diverted from the great duties of their function, therefore no minister of the gospel or public preacher of any religious persuasion, while he continues in the exercise of his pastoral function, and for two years after, shall be eligible either as governor, lieutenant-governor, a member of the senate, house of representatives, or privy council in this State.

Here is Article I, Section 9 of the 1792 Delaware Constitution:

The Rights, privileges, immunities, and estates of religious societies and corporate bodies shall remain as if the constitution of this state had not been altered. No clergyman or preacher of the gospel of any denomination, shall be capable of holding any civil office in this state, or of being a member of either branch of the legislature, while he continues in the exercise of the pastoral or clerical functions.

It is clear that the framers of these state constitutions wanted clergy to tend to the souls of churchgoers, not the soul of the United States of America.  I need to explore this deeper, but it seems at first glance that these framers wanted to keep religion out of politics and did not want the purity and witness of the church to be tarnished by politics.

Of course there were other states that did not prohibit clergy from running for office. As I have said many times–especially in my Was America Founded as a Christian Nation: A Historical Introduction—the founding era does not conform very well to the agenda of contemporary politicians. By manipulating the past in this way David Lane and the American Renewal Project look foolish, fail to tell the entire truth, and thus diminish the church’s witness in the world.
If you appreciate this content, please consider becoming a Patron of Current.