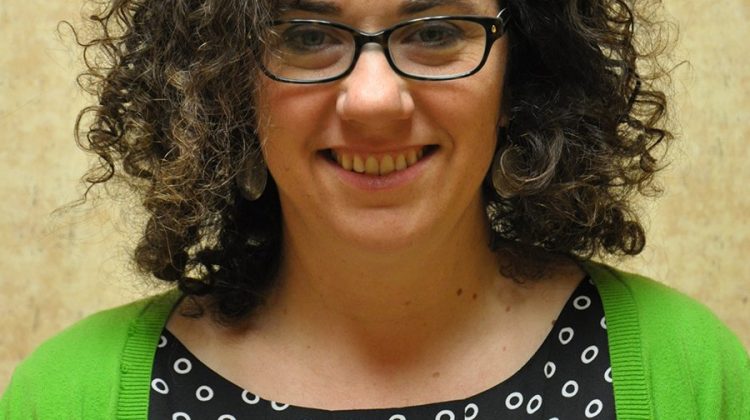 Cross-posted from One Solid Comfort
In another post from the floor of the American Academy of Religion annual meeting, Mary Beth Connolly discusses her experience as a historian at a religion conference.  This post was originally written for her blog One Solid Comfort.  We appreciate Mary Beth allowing us to publish it here. For Mary Beth’s previous cross-listed post click here.-JF
Yesterday, I had another full day at the AAR/SBL in Atlanta.  In the morning I attended a session on Anti-Catholic Protest, saw some friends that I met while working at the LFP, and then participated in the Women’s Caucus’ publishing Roundtable.
In the morning, I attend the North American Religions Section’s panel Protesting Catholics: The “New Anti-Catholicism” and the Politics of Public Religion in North America.  Amy Koehlinger, Oregon State University, presided, and Anthony Petro, Boston University, Hillary Kaell, Concordia University, Montreal, and Kathleen Holscher, University of New Mexico presented.  Robert A. Orsi, Northwestern University, responded.
[Disclaimer: I did try to attend a panel that did not involve a Catholic theme.  Really.   I just really wanted to see what these presenters had to say.]
This panel looked at more recent events in Catholic studies and included a examination of AIDS activists and use of camp in the late 1980s and early 1990s (Petro), Québécois feminist protests in Montreal in the early 2000 (Kaell), and contemporary Native American protest (Holscher). The last presentation looked specifically at the recent canonization of Junipero Serra as a means of looking at the larger protest movement.
This panel was engaging, thoughtful, and challenging. Like the West/Sales plenary from the day before, I need more time to really process the ideas offered.  One takeaway is the idea that Catholicism or Catholicity is not fixed.  The recent assertion that there is a “new” Anti-Catholicism originating from liberal democracy and more specifically from the Left was challenged by the panel.  Left and Right, Liberal and Conservative, Anti-Catholic and Catholic do not fit the reality of these protest movements.   I found Hillary Kaell’s paper about Québécois feminist very compelling as she argues that these activists are seen as a part of a French Canadian Catholic culture.  With Petro, Holscher, and later Orsi’s response, I took away a better understanding of (what I secretly believed, thank you panel) a broader Catholic belonging.  The conversation actually reminded me of Terrence Fishers’ The Catholic Counterculture.  Among the many things Fisher does in this book is talk about how Jack Kerouac is formed by Catholicism. (Fisher talks a lot about Dorothy Day and the Catholic Worker Movement in this text, too.)
The other thing I took from this panel and haven’t quite finished chewing on it is a new understanding of Public Catholicism.  I call this a new understanding on purpose, because of David O’Brien’s 1996 book, Public Catholicism.  The book was not mentioned, but I imagine it was in the back of people’s minds.  O’Brien writes about an earlier period and a different immigrant/American church. What the panel (and Holscher in particular) articulated was something different.  And here is what I am chewing on.  How is it different and what does that mean?  Or is it different?  Still chewing.
After that, I spent the afternoon looking around, having lunch with a friend, and catching up with people I haven’t seen in a while.  I hadn’t expected to see many of these lovely people, so that made my afternoon quite fun.  Then, came the roundtable.
I must confess, I was a bit nervous.  I didn’t know anything about the Women’s Caucus.  What would the roundtable be like? How would the presentations go? Would I keep to time? (Nope.) Would anyone want to be in my breakout group?  As it turned out, it was a wonderful experience and I got to meet some lovely people all engaged in the project of advancing and inco
rporating scholarship by and about women in a thought and meaningful way (read: not as additive or other in the cannon).
I have a lot to say about this panel and this post is getting long. And I have to head to the airport! More soon.  For now, thank you AAR/SBL 2015, it was an interesting and enjoyable time!
If you appreciate this content, please consider becoming a Patron of Current.