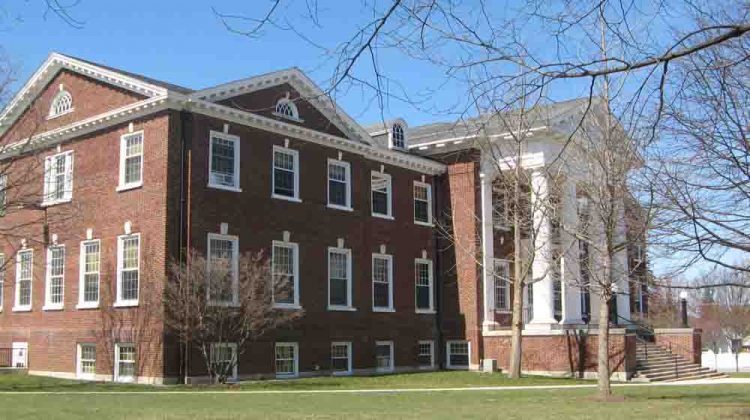 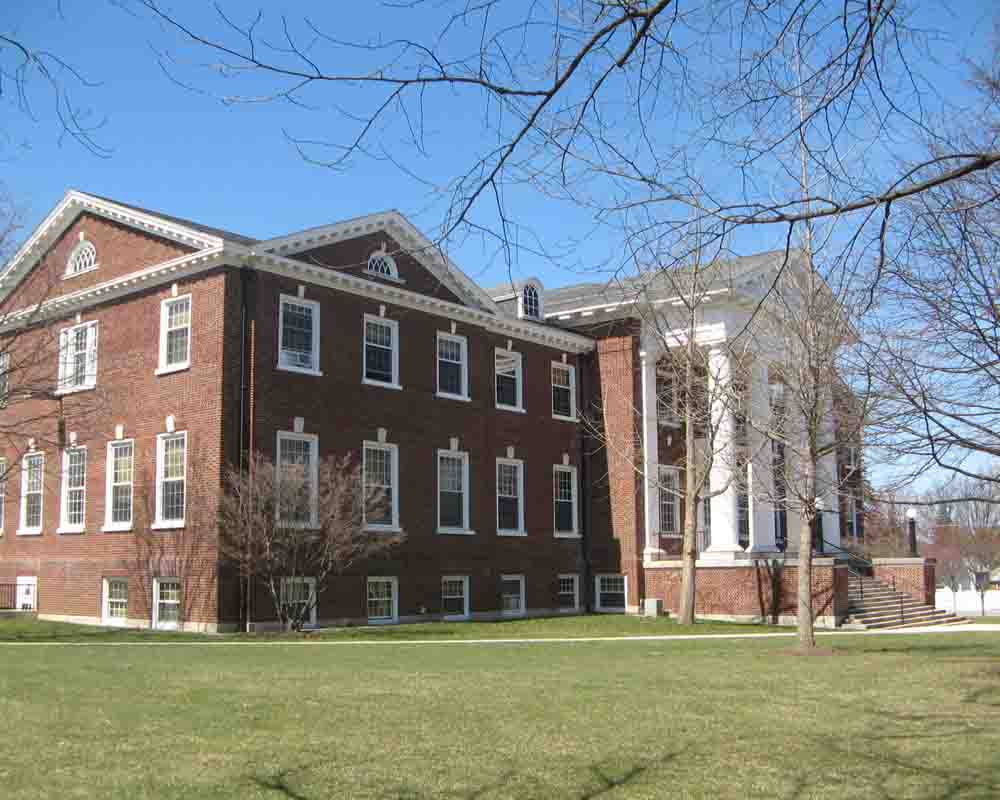 The evangelical thinking class has been abuzz this weekend talking about Gettysburg College historian Allen Guelzo‘s essay at Christianity Today titled “The Illusion of Respectability.”  As many of you know, Guelzo is one of the finest historians of Abraham Lincoln and the Civil War working today. He is an unapologetic Christian and leans conservative in his politics.

I admire Guelzo as a historian.  His book Abraham Lincoln: Redeemer President is the best thing I have ever read on Lincoln.  I regularly assign it to students.  I have high regard for Guelzo as a history communicator.  Anyone who has ever heard one of his lectures knows that he is a master orator and brings the past to life like few other historians.

I think it is fair to say that Guelzo is part of a generation of evangelical American historians who came of age in the 1980s.  I have always placed him in the same camp as Mark Noll, George Marsden, Harry Stout, Joel Carpenter, Grant Wacker, Randall Balmer, and the other members of the so-called “evangelical mafia.”  But while Guelzo has moved in the same circles as these well-respected Christian historians, he has also followed his own path.  He has written a lot of American religious history, but he is also a leading light in the world of Lincoln and Civil War studies.  He seems just as comfortable mixing it up with  Jon Stewart on the Daily Show or walking the battlefield with students and K-12 teachers as he does in the writer’s study.  He currently serves as the Henry R. Luce III Professor of the Civil War Era at Gettysburg College.  Most Civil War scholars would say that it doesn’t get any better than this.

Last Fall Guelzo was one of the keynote speakers at the biennial meeting of the Conference on Faith and History at Pepperdine University.  The theme of the conference was “Christian Historians and Their Publics.” Guelzo’s scheduled talk was titled “Respectability: The Pursuit of Historical Illusion.” The programs were printed, the conference had begun, and many of the organizers were very excited about starting the meeting off with a provocative keynote address. When Guelzo arrived, however, he announced that he would be speaking instead on the Gettysburg Address.  We didn’t get the “respectability” talk that day, but I am glad that Guelzo has returned to the topic.

I would encourage you to read “The Illusion of Respectability.”  Much of it is excellent.  Guelzo begins with a moving story from his early career about an encounter with the Christian apologist Cornelius Van Til.  When Guelzo asked the aging theologian and philosopher why he devoted his life to studying philosophy and defending the Christian faith, Van Til answered “to protect Christ’s little ones.”

Guelzo uses Van Til’s answer as a springboard into a discussion of Christians in the academy and how they should approach the academic life. He is opposed to the idea of Christians abandoning secular colleges and universities. He is also against any kind of accommodation to the “worldly” philosophies that define intellectual life in these places.

For Guelzo, the true way of living Christianly as a scholar is to reject the pursuit of respectability. If I read him correctly, Guelzo wants Christian scholars to speak the truth and suffer the consequences. Christian scholars should be fools for Christ even if that means that they remain unemployed, ostracized, and disrespected by the academic world.

The Christian scholar who has agreed to purchase peace by silence, the Christian academic who swims unknowingly in a sea of secular assumptions and drowns in a warm bath of secular approbation, and the Christian college which carefully trims its sails to avoid confrontation, to recruit tuition-paying students, or to afford a platform for self-admiring blather, need to know this:make perfect your will.
Understand what it is you are as a Christian—one “under authority” (Luke 7:8), one whose ultimate concern is that of a steward, whose criterion of worth is not sensation, not popularity, and not their claim to being au courant, but “that they be found trustworthy” (1 Corinthians 4:2). Understand that when you have done all your work, you are permitted only to say, “We are unworthy servants; we have only done what was our duty” (Luke 17:9).

I say a hearty “Amen” to Guelzo’s thoughts.  Christian scholars often lack courage.  In their attempt to be “wise as serpents” and “innocent as doves” they often fall into the accommodationist trap that he describes.   I am sure there are many Christians who have pursued and are pursuing respectability, prestige, and careerism over the self-effacing ethic of Jesus.  These Christian scholars have been profoundly shaped by the culture of academia that they imbibed in graduate school.  Their understanding of what constitutes a successful academic career has been informed by what their advisers have told them: rise up the academic food chain no matter the cost, choose your scholarly projects carefully in order to advance your chances of success as defined by the guild, and hide your faith under a bushel because it is the “kiss of death.”

But I think Guelzo’s essay misses the boat in several ways.  First, for all the ambitious scholars I just described, I know just as many scholars, if not more, who have pursued an academic life out of a sense of Christian vocation.  They want to worship God with their minds and engage a world of ideas–whether that happens in a Christian or secular institution of higher education–as a legitimate calling. They want to teach and invest in the lives of students. Many of the Christian men and women called to this kind of work are respected by their peers.

And for those scholars who have the time and inclination to write and publish books I would argue that there is nothing anti-Christian about gaining the respect of secular colleagues.  Some might even argue that such respect could pro
vide a platform for a greater Christian witness.  I find it hard to believe that Guelzo would disagree with this and I have a hunch that he might even see his own career in this way.

Second, I think Guelzo is too hard on the secular academy.  It does not surprise me that his adviser told him that any sign of religion on his vita would be “the kiss of death.”  In fact, I recently wrote a post chronicling some of my own experiences in this regard.  And perhaps the academy has become so hostile to Christian ideas that intellectual freedom has been compromised.  But there are many things a Christian can learn in the secular university.  There are ways of thinking about the world or approaching a particular discipline that are either compatible with Christian belief or could be appropriated by the universal church and its thinking members.  Guelzo knows this.  He teaches at an elite liberal arts university.  He was trained in the Ivy League.

There is a lot that baffles me about this piece.  Who is Guelzo’s audience?  The essay is filled with veiled and vague references to all of those Christian scholars who are out there pursuing respectability. Who are the scholars making “robust outbursts of resistance, then nervously glancing around to see whether anyone has joined the resistance?” Who is punting? What does Guelzo want us to do? Is he suggesting that Christian scholars need to stand firm or speak out on the social and cultural issues that are currently under attack in the United States and suffer the consequences for doing so? Should his article be read as a culture war piece?

Frankly, I am not even sure what Guelzo means by “Christ’s little ones.”  Is he calling more scholars to write for and work on behalf of the church?  If so, I am not sure that Guelzo is aware that Christian scholars–especially historians–have spent a lot of time in the last several years thinking about this. In fact, this very topic was what we spent an entire weekend talking about at Pepperdine. And there are many of us who are actively pursuing this kind of engagement as part of our vocations.  Anyone who has been seriously connected to the things Christian historians are talking about these days will not find anything new or groundbreaking here.

I think it is also worth wondering if Guelzo is the best person to warn us about respectability in the academy.  On its merits, there is much we should commend about Guelzo’s call. He challenged me to look at my own life and career and wonder how much I do what I do for vain glory and how much I do what I do out of a sense of Christian vocation.

But I also tend to analyze sources–in this case Guelzo’s article–as a historian.  Anyone who reads The Way of Improvement Leads Home knows that I believe that historians think differently than scholars in other disciplines.  For example, my philosopher friends tell me that any argument should be judged on whether or not the argument is sound, regardless of who made it.  I would imagine that a theologian approaches an argument or a written source in the same way.

But as a historian, interpretation requires that I consider the source.  I often tell this to my students. I want them to “source” a document (to use a phrase from history pedagogy expert Sam Wineburg) by identifying the author and knowing something about his or her background or ideological convictions.  Historians believe that the identity of the author will play an influential role in how that document is interpreted.  (The same might be said for other aspects of a document or piece of writing–for example, the time or date in which the piece was written helps the historian interpret it more effectively).

As I mentioned above, Allen Guelzo is a great success story. He has reached the pinnacle of his field. It is that very success that enables him to write articles like “The Illusion of Respectability.”  Guelzo left Eastern University (a Christian college in the Philadelphia area) for a prestigious post at Gettysburg College.  He writes books for trade presses that I imagine come with very large monetary advances. They are even advertised on billboards.  I am sure that he also commands very large honorariums when he speaks around the country.  His byline is often found on the op-ed pages of The New York Times.  The tagline on this Christianity Today article announces that Guelzo’s next book will be published by Harvard University Press.  And by the way, does the Lincoln Prize count as a “strange-new-respect” award from a “well-endowed foundation?”  I don’t know.

Maybe Guelzo is the best person to write about this topic and we should interpret the article as a public act of contrition–a warning about taking the academic road that he has followed. Or maybe Guelzo is just completely unaware of the fact that there are many Christian historians who would view his public career as the ultimate example of someone pursuing respectability.

I have absolutely no problem with Guelzo doing all of these great things.  Frankly, I am glad that he has established such a platform.  I want to cheer him on.  He is a model of an engaged scholar.