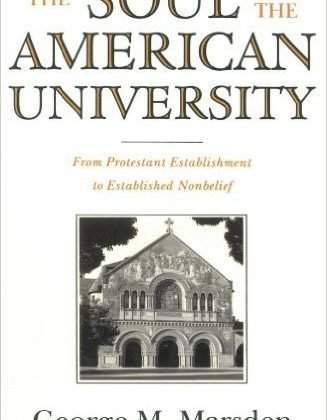 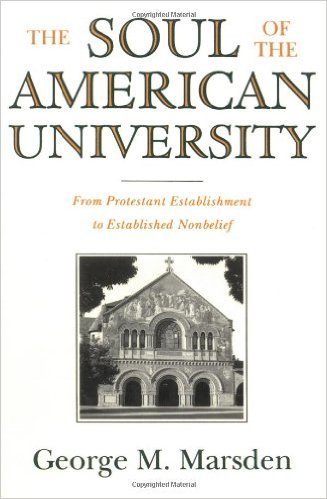 It all started in 1990 with a conference at Duke on secularization and the academy.  (At the time I was a first year divinity school student.  The internet did not exist yet and I had no idea that this conference was happening and even if I did hear about I probably would not have cared). The conference proceedings were edited by George Marsden and Bradley Longfield and published in 1992 as The Secularization of the Academy.

Then, in 1994, came Marsden’s magisterial The Soul of the American University: From Protestant Establishment to Established Unbelief.  Three years later Marsden expanded the postscript of this book and published it as The Outrageous Idea of Christian Scholarship.

Now, twenty-five years later, Books & Culture is running a symposium on the twenty-fifth anniversary of the conference that started it all.  Marsden, Longfield, James Turner, Darryl Hart, and David Bebbington have written reflections.  Mark Noll introduces the symposium here,

Here is a taste of Turner’s response:

…That collection of essays opened a debate that sizzled for 20 years. What counts as “secularization”? What brought it about? What gains did it bring to higher education? What losses did it inflict?
The question of gains turned out to have easy answers. In an ever more pluralistic America, a de-facto Protestant establishment ruled even state universities until about 1900; all sides in the debate agreed that dismantling it came none too soon. When students and faculty might profess any faith or none, the once-universal imposition of Protestant chapel services is a corpse no one wants to disinter. Likewise, all accepted that religiously committed colleges and universities may continue to set standards of faith and behavior in line with their beliefs. Finally, everyone agreed that denizens of secular campuses, public or private, should be free to pursue any religious—or anti-religious—activity, so long as the institution remains even-handed in facilitating their doings. The debate thus revealed consensus on how secularization should express itself institutionally—and wide agreement that, in creating this new framework, secularization liberated American higher learning from a past it had outgrown.
The question of losses, however, proved neuralgic. Should faith—or religious intellectual traditions—play any role in research in now-secular disciplines? Some of America’s most distinguished Christian scholars, including Marsden, argued for a limited rollback of secularization here, insisting that Christian perspectives (like feminist ones) could enrich research for all scholars. Skeptical opponents saw instead new religious fetters on reason, and they strenuously defended secularized knowledge against non-rational pollutants. These arguments grew sharp, even heated.
Vigorous though the latter debate was, it is unclear to me today how much it mattered. Religion has won a certain autonomy in the secular academy. More scholars now than two decades ago treat faith as a first-order phenomenon that cannot be reduced to biology or sociology. But Christian professors (in contrast, say, to feminist ones) have not proven adept at drawing on Christianity to propose new methodologies or fresh lines of research in their disciplines. Nor have Christian colleges and universities spent much capital egging them on.
Such Christian scholarship as exists today (beyond biblical and theological studies) lies in the humanities and humanistic social sciences. (Methodist astronomy, anyone?) And arguments around it have lately been drowned out by wailing over the “crisis” of the humanities. If all humanistic learning is to give way to scientific research and technical training, what’s the point in arguing about the Christian piece of it?
The fascinating debate set off by The Secularization of the Academy begins to seem a relic of a moment that has flown.