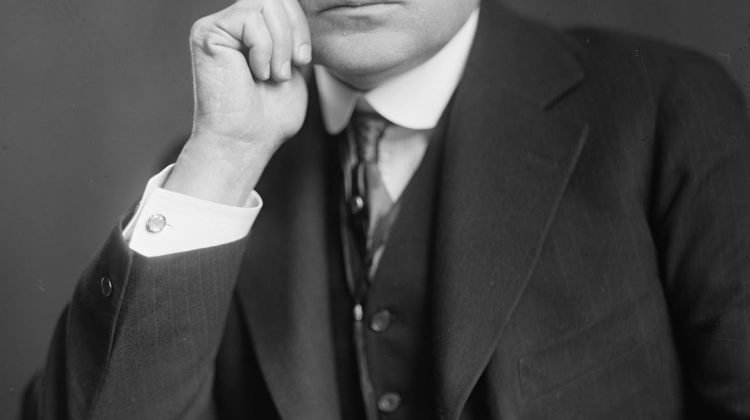 Warren Harding was the first Baptist to serve as President of the United States.  Over at First Things, Timothy George, the Dean of Beeson Divinity School at Samford University, examines the man who many consider to be one of our worst presidents.

Harding was reputed to be a womanizer, a facet of his character long denied by some of his defenders for lack of evidence. That defense can no longer be made. His siring of an illegitimate daughter by one of his paramours, Nan Britton, has recently been confirmed by DNA testing. Harding is said to have had trysts with Britton in the Senate Office Building before he became president and then in the White House itself—Hillary and Jackie had nothing on First Lady Florence, the dour and long-suffering wife of Harding whom he called, not so endearingly, “Duchess.”

More salacious still is the correspondence recently released by the Library of Congress between Harding and his mistress, Carrie Fulton Phillips, an off-and-on dalliance which lasted some fifteen years. Harding was forced to pay hush money to Phillips following his election to the presidency. It’s only a matter of time before Hollywood makes a movie about Harding’s affair with Carrie. “I love you more than all the world and have no hope of reward on earth or hereafter,” he wrote to her in 1910, “so precious as that in your dear arms, in your thrilling lips, in your matchless breasts, in your incomparable embrace.” It gets better . . . or worse.

At a time when “modernism” was becoming fashionable among Baptists and other Protestants in the North, Harding resisted any form of Christianity that was too dogmatic. Francis Russell summarized Harding’s spiritual development this way: “After his first college encounter with the doctrine of evolution, he imagined himself a free thinker, even an atheist, although he would soon relapse into a mild Baptist conformity untouched by his mother’s zeal.”

Harding certainly knew the language of Zion and could declare it with fervor. “I pledge fidelity to our country and to God,” he told the Republicans who nominated him for the presidency. At his inauguration he declared his belief in the “God-given destiny of our Republic” and took the solemn oath of office with his hand on the Old Testament text: “What doth the Lord require of thee but to do justly, to love mercy, and to walk humbly with thy God” (Mic. 6:8). Woodrow Wilson, Harding’s pious predecessor, had grown up in a Presbyterian manse, where traditional Calvinist theology was respected. Harding’s Christianity, on the other hand, was less catechetical, less intellectual, and less demanding. Instead of a world “made safe for democracy,” he offered the country “a return to normalcy” (Harding’s own phrase), and this meant a spirituality less intense, less straight-laced. The decade of the twenties has been called “a dance between two flames.” Harding was the first president to welcome jazz musicians in the White House and the first to entertain Hollywood stars there.
If you appreciate this content, please consider becoming a Patron of Current.