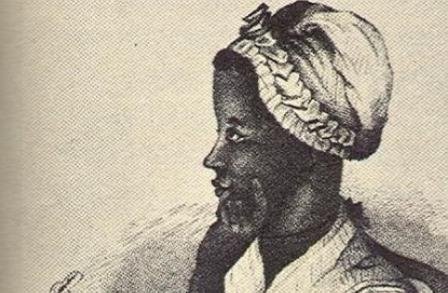 Over at the African American Intellectual History Society blog Jared Hardesty, a historian at Western Washington University, tackles this question.  Here is a taste:

Since I am currently writing this post, it is safe to assume that I believe the answer to the first question is yes. Yet, the second question poses a much bigger problem considering that most African Americans were illiterate. Granted, there are notable exceptions such as Briton Hammon, Phillis Wheatley, and the innumerable Islamized Africans who could read and write Arabic. That said, the material these men and women left behind before the late-eighteenth century is quite sparse and heavily analyzed by scholars. But what about the millions of other people of African descent, the vast majority of them slaves laboring on plantations in the Greater Caribbean? Can we understand their intellectual history?

One way I believe we can better answer these questions is to analyze the thousands of court and ecclesiastical records that document the trials and lives of Africans in the Americas. While common in the historiography of Spanish America and Brazil, where the Inquisition and hyper-bureaucratic administrative structures created a large paper trail, these documents are much rarer for the territory that became the United States (indeed, Greg Childs has written an excellent piece on Afro-Latin America for this blog). Part of the problem is one of centralization. Whereas the records of the Spanish and Portuguese are only held in a few large repositories, English-language material is spread across dozens—if not hundreds—of archives. Even more problematic were the often-devolved legal systems of English America where local judicial authorities were in charge of keeping records. And unlike Latin America, there was no Catholic Church with its meticulous, centralized record keeping and attention to detail. The Anglican Church and its missionary wing, the Society for the Propagation of the Gospel to Foreign Parts, documented black voices, but often sporadically and at a distance, while records are incomplete at best for the many other denominations in British America. Nevertheless, as others and I have found, documents for the Anglophone Atlantic do exist and allow us to better understand the intellectual history of early African Americans.