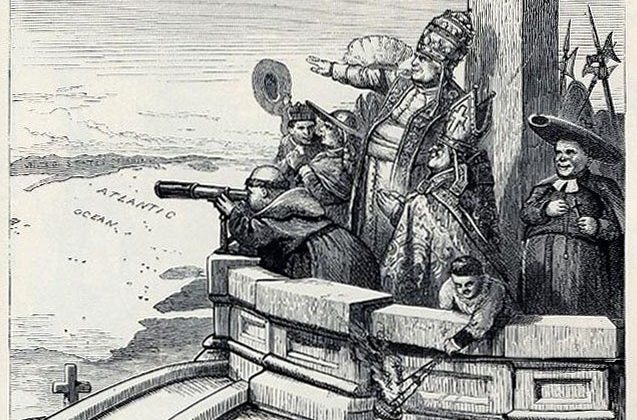 I am sure many of you have seen this:

Trump is getting criticized heavily for not responding to this question in the way that John McCain responded to a similar question in 2008:

Several other GOP candidates have condemned Trump for his refusal to rebuke the man who asked this question.  But Trump has been silent.

The answer is simple.  According to a recent CNN poll:

39% of Americans think Barack Obama is a Muslim

47% of Tea Party supporters think Obama is a Muslim

43% of Republicans think Obama is a Muslim

54% of Trump supporters think Obama is a Muslim.

Donald Trump knows that his campaign is appealing to a very ugly and strong faction within the Republican Party.  Right now they are propping Trump up.  Listen to a Trump rally.  He says nothing about policy.  He is an entertainer.  If he loses the “Obama is a Muslim” crowd his campaign has very little left to stand on.  It makes no political sense for him to condemn the remark this man made at Trump’s recent rally.

Which then leads me to a larger question:

Why do so many people still believe that Barack Obama is a Muslim?

The fact that so many people believe that Obama is a Muslim is yet another example of the fear and anxiety that conservative Christians are feeling as they witness the slow and steady erosion of an American culture defined by Judeo-Christian faith.  The age of Will Herberg’s Protestant, Catholic, Jew is over.

We have witnessed this kind of fear and anxiety before in American history, especially as it relates to the nativism shown towards Catholics in the 19th and early 20th century.  As the United States ceased to be an overwhelming Protestant nation, Protestants responded in ugly ways.  Our society was less-politically correct back then.  Anti-Catholic cartoons and writing appeared in mainstream publications.  Cartoons like the one below were seldom condemned by non-Catholics.  I am sure that many Trump supporters would like to publish a similar cartoon today about Muslims, but I don’t think any legitimate newspaper or online news site–conservative, liberal, or moderate–would run it. Unlike in the 19th century, most non-Muslims today would condemn such a cartoon. Or at least I hope they would.

The decline of traditional Judeo-Christian culture in the United States is real.  Students no longer pray or read the Bible in public schools. Abortion is legal. So is same sex marriage. Popular culture seems to be no longer tempered by Christian beliefs.  The divorce rates are high and many families are broken. All of this is undeniable.

(Of course there are examples in which Christianity has also made us a better society–just ask African Americans, the poor, and many others who have benefited from those who have used the Bible to fight for justice in this world. In some ways, we are better off today because the true spirit of Christianity has been applied wherever injustice has been present).

As I argued in Was America Founded as a Christian Nation?, prior to the 1970s Americans considered themselves to be living in a Christian nation. It was a given. (See, for example, Kevin Kruse’s treatment of this issue in the mid-20th century).  At the same time, Christians have always believed that Judeo-Christian culture in the United States is declining or is under threat. The “decline” has been attributed to many things: evolution, higher criticism, non-Christian religions, Catholics, abortion on demand, progressives, immigrants, communists, liberals, the Supreme Court, etc….

It is thus not uncommon for people to be afraid when the world is changing all around them.  People respond to this fear in different ways.  Sometime the response to such fear can turn ugly, and that is unfortunate.

The idea that Obama is a Muslim also comes from a politically-charged and rather judgmental approach to Christian faith that defines a true Christian as someone who is pro-life, supports traditional marriage, and believes in limited government (as opposed to the kind of “big government” that comes up with laws like the Affordable Care Act).  In this view, Obama cannot be a Christian by virtue of the fact that he supports these things.  And his biography–the son of a Muslim from Africa–provides a convenient and useful way to decipher who he really is.  One way to react to the decline of Judeo-Christian culture in the United States is to put the blame on a President who is not a Christian.

Trump is tapping into a long-standing American tradition. It appears to be working–at least for now.