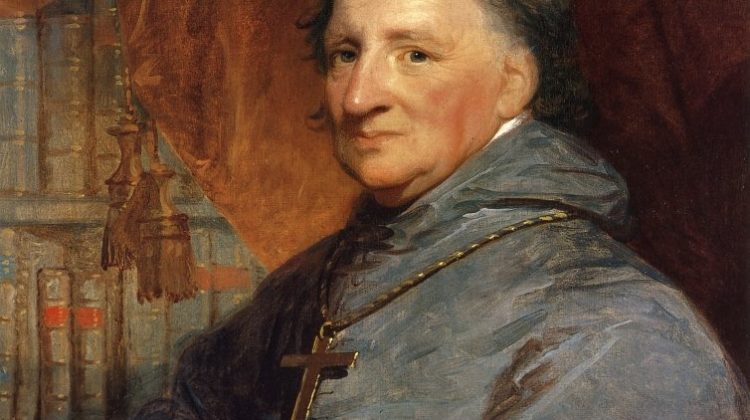 One of the things I have been enjoying about the lead-up to the Pope’s visit to the United States is the many articles and blog posts that situate the visit in American Catholic history.

I have given this contextualization some coverage here at The Way of Improvement Leads Home.  Check our posts here and here and here.  I even tried to include a little American Catholic history in my recent piece about Islam, Barack Obama, and Donald Trump.

Another one of these historical pieces comes from Raymond Schroth, S.J., the literary editor of the Jesuit magazine America. Schroth notes that Francis will be visiting American cities that featured prominently in the eighteenth-century life of the Carroll family, the first family of American Catholicism.

In Washington, Pope Francis will address Congress. The chaplain of the House of Representatives is a Jesuit. Robert F. Drinan, the first priest and Jesuit elected to Congress, served from 1971 to 1981; he opposed the Vietnam War and was the first to call for the impeachment of President Richard Nixon. In 1976, he went to Argentina with Amnesty International, where he helped produce a comprehensive report on the assassination, tortures and “disappearances” caused by the governing junta. Of the 535 U.S. representatives and senators attending the pope’s address, 48 will have Jesuit educations (21 at Georgetown), consistent with John Carroll’s hopes. If only the pope could stay a year and meet or hear about his brothers in Christ who have dedicated themselves to schools and parishes, as well those who have suffered or risked prison in the struggle against war or racial and economic injustice—in tune with Francis’ heart.
In New York he will pass near St. Paul’s Church, right next to the former site of the World Trade Center; if he goes in, he can see the pew where George Washington prayed. In Philadelphia’s Independence Hall he should look closely at the copy of the Declaration of Independence and the signature at the bottom, Charles Carroll. That was Bishop Carroll’s cousin, signing off on “We Hold These Truths” and speaking for the emerging American Catholic Church.
If you appreciate this content, please consider becoming a Patron of Current.