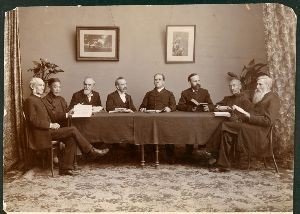 Still waiting on the copy-editing.
In the meantime, Laurie Maffly-Kipp of Washington University in St. Louis has provided a very kind blurb to go along with the previous blurbs from Peggy Bendroth and Mark Noll.
Here it is:
“In an engaging survey of the American Bible Society, Fea leads us through Bible distribution in ever-widening circles.  His expansive sweep highlights dissemination on the U.S. frontier, within the war-ravaged communities of the postbellum American South, and around the globe.  He shows how the Good Book both followed and accompanied U.S. imperial aspirations, and also how its influence motivated believers to see America as a Christian nation united by reverence for the Word.”
—Laurie Maffly-Kipp, author of Setting Down the Sacred Past: African American Race Histories