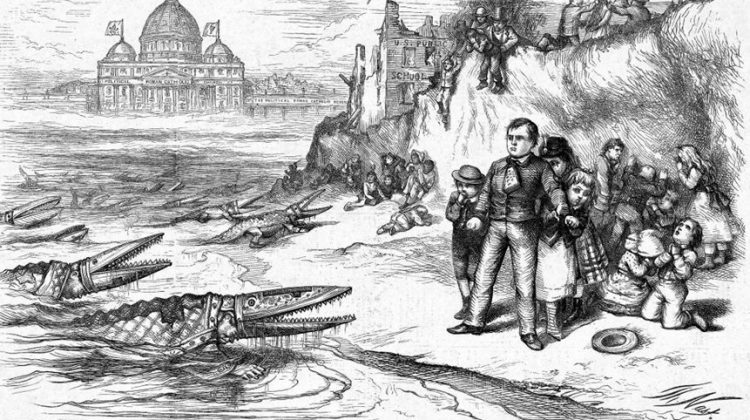 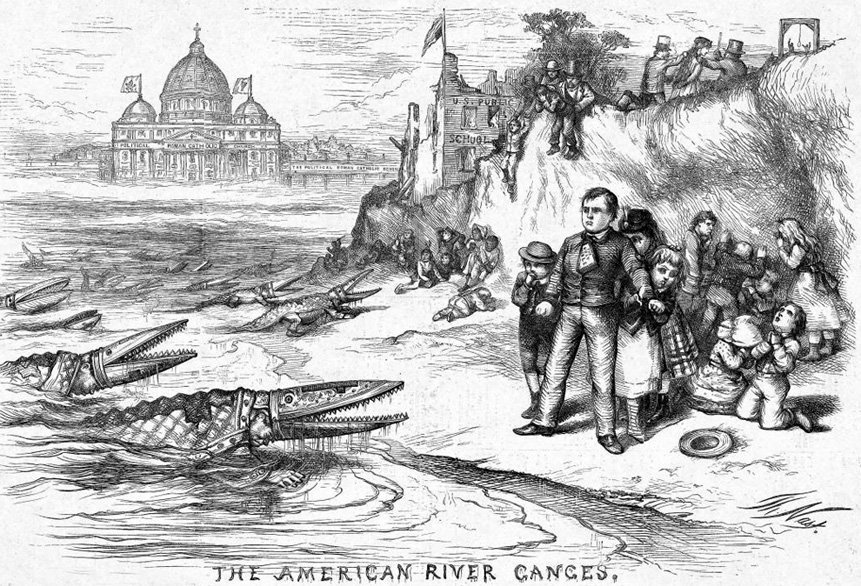 The Pope is coming to the United States later this month.  But before people refer to his arrival as a “papal invasion,” they should read Thomas Rzeznick‘s piece at Catholic Philly.

There was a time in American history when Protestants feared that the Catholic Church was not only going to “invade” the United States, but would overtake it and make it a Catholic country.

The city and the nation are getting ready to offer the pope the warmest of welcomes. That, in and of itself, is quite remarkable given the way that many Americans would previously have reacted to such news. Hard to believe, but there used to be a time when the very thought of a papal visit to the United States would have been cause for alarm.

For much of the 19th century, anti-Catholic hostility was fueled in part by a belief that the Vatican was plotting to take over the country and subvert our democratic institutions.

Contributing to the 1844 Nativist Riots here in Philadelphia, for instance, were rumors that Catholics, under order from the pope, were working to have the Bible removed from public schools. The “Bible defenders” saw the need to rally to protect the country from foreign “Popish banditti,” as one broadside asserted.
But perhaps no one depicted these alarmist views better than Thomas Nast, the political cartoonist famous for his critiques of New York City’s Tammany Hall political machine. In an 1870 cartoon titled “The Promised Land,” he depicted the pope standing atop the dome of St. Peter’s Basilica, which he made to look like a ship’s crow’s nest. From that vantage point, the pope and an entourage of clerical minions look across the Atlantic to American shores with an eye for conquest.

Ultimately, Rzeznick argues, this anti-Catholicism strengthened the Catholic Church in America.
Read the entire post here.
If you appreciate this content, please consider becoming a Patron of Current.