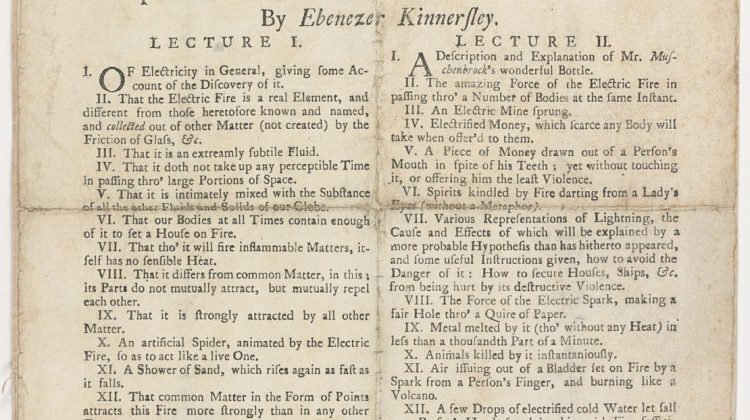 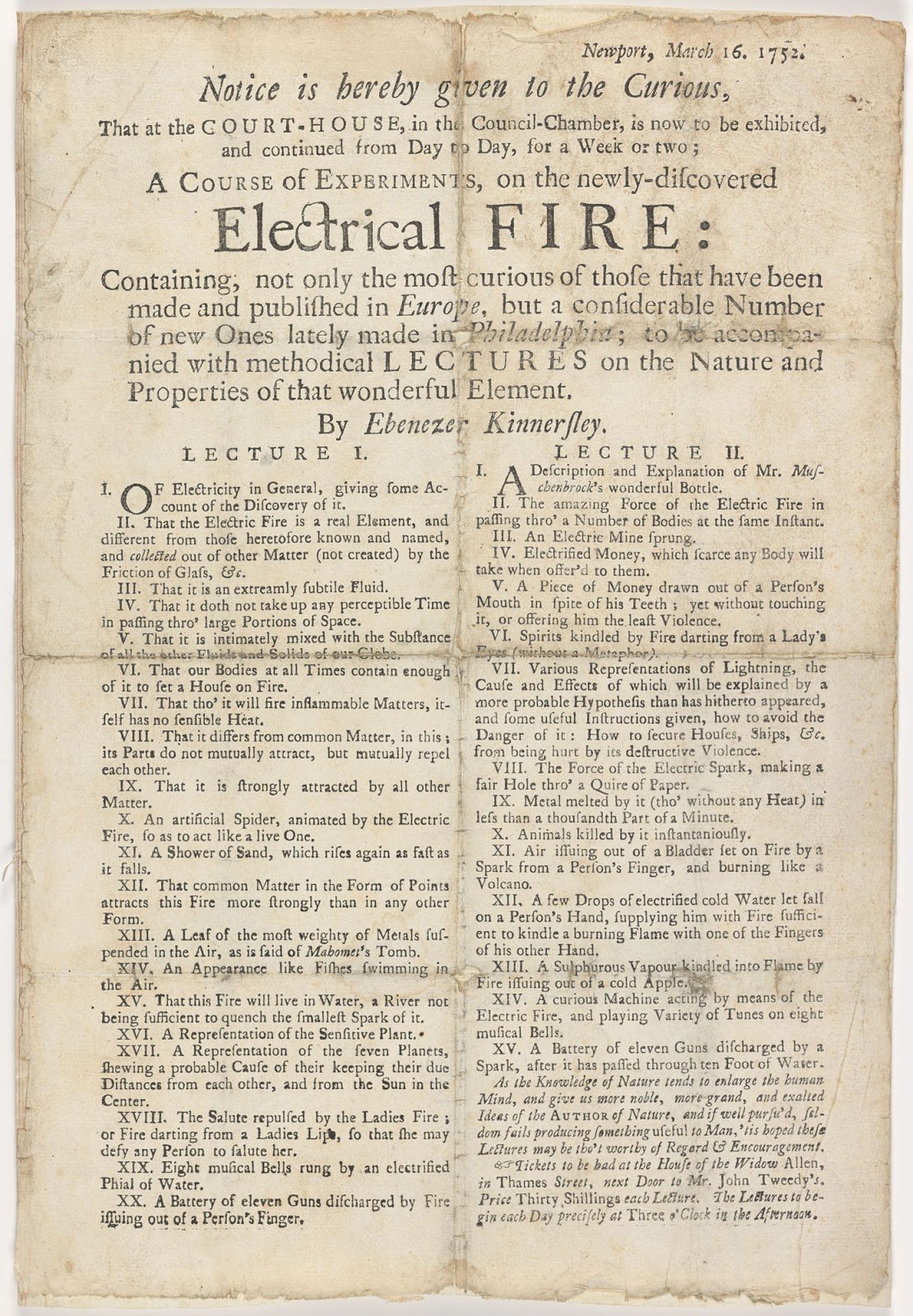 When I was a graduate student I had a colleague named Kevin who was interested in the history of science in early America.  Kevin finished his Ph.D shortly after I did.  I think he had a few academic appointments and eventually left the historical profession for greener pastures.  I lost touch with him after we left Stony Brook and he moved back to his home state of Texas.

Kevin’s story would make for a great “So What CAN You Do With a History Major” post, but I am writing about him today because he loved to talk about Ebenezer Kinnersley.

Who is Ebenezer Kinnersley?

He was a Baptist minister who opposed the First Great Awakening and later became a promoter of Benjamin Franklin’s work on electricity.  If I remember correctly, Kinnersley was an important figure in Kevin’s dissertation.

I am not sure what happened to Kevin’s research on Kinnersley.   I know he was working on Kinnersley before the appearance of James Delbourgo’s A Most Amazing Scene of Wonders: Electricity and Enlightenment in Early America hit print and introduced us to the life of this Baptist pastor-turned itinerant science lecturer.

I thought about Kinnersley the other day after reading Thomas Kidd’s post at The Anxious Bench.  It appears that this Baptist clergymen will make an appearance in Kidd’s new religious biography of Franklin.

Kinnersley was born in Gloucester, England, the same hometown as Franklin’s friend George Whitefield, the greatest evangelist of the eighteenth-century revivals. As a three-year-old, Kinnersley came with his family to Pennsylvania the same year, 1714, that Whitefield was born. His family was Baptist, and Kinnersley became an assistant at Philadelphia’s First Baptist Church. Unlike the senior minister of the church, Kinnersley opposed the revivals because of the “enthusiastic ravings” of Whitefield and other itinerant preachers. He aired this opinion in Franklin’s newspaper, and it cost Kinnersley his job.

Franklin took the unemployed Kinnersley under his wing and would later help him become a professor of English and oratory at Franklin’s new College of Philadelphia (the University of Pennsylvania). In the meantime, Franklin encouraged Kinnersley to expand upon his interest in Franklin’s experiments in electricity by preparing public lectures and demonstrations that Kinnersley could take on the road. And take to the road he did, traveling to more far-flung places in the colonies than did Whitefield (Kinnersley even went to Caribbean locations such as Barbados).

The former pastor would charge well-to-do audiences five shillings to get in, and dazzled them with displays of electricity. In one favorite demonstration, he would have an audience member volunteer to sit on an insulating stool and channel electricity through the volunteer’s body and into a metal chain. A second volunteer would extend a hand toward the first, and a visible spark would jump between them.