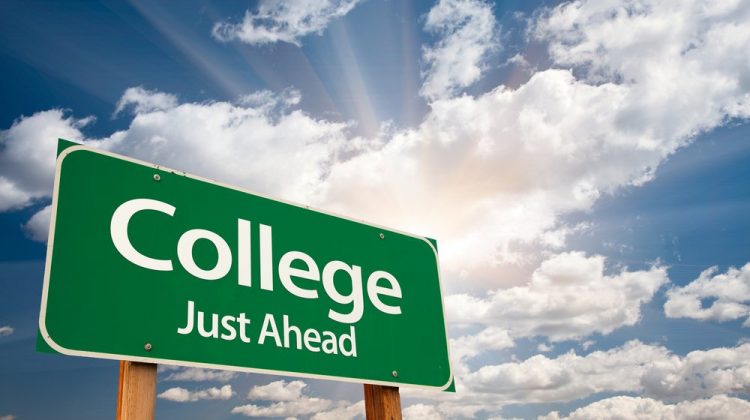 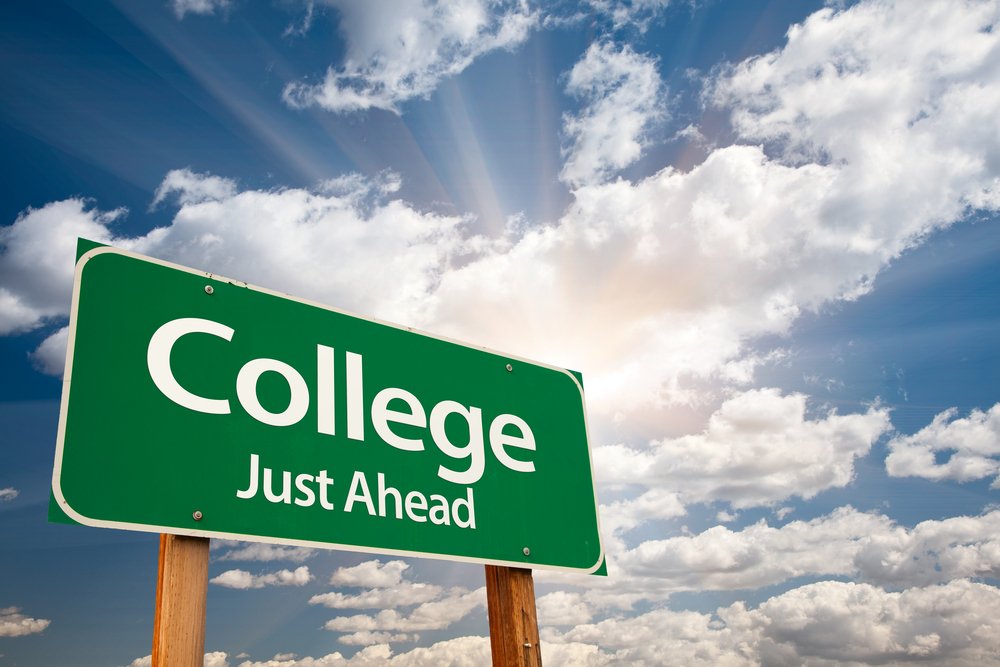 His piece in the September 2015 of Harper’s Magazine captures much of what I have been thinking lately about higher education and my place and future within it.

Deresiewicz begins by noting his experience teaching for a semester at an “elite-liberal arts college.”  Like many schools (a quick Google search suggests that it is probably Scripps College), this college has branded itself with a few catch-phrases.  It’s mission statement contains four words: “leadership,” “service,” “integrity,” and “creativity.”  Deresiewicz describes this part of the mission statement as “four words floating in space, unconnected to one another or to any other concept.  Four words–four slogans really–whose meaning and function are left undefined, open to whatever interpretation the reader cares to project on them.”  He continues:

Four words, three of which — “leadership,” “service,” and “creativity” — are the loudest buzzwords in contemporary higher education. (“Integrity” is presumably intended as a synonym for the more familiar “character,” which for colleges at this point means nothing more than not cheating.) The text is not the statement of an individual; it is the emanation of a bureaucracy. In this case, a literally anonymous bureaucracy: no one could tell me when this version of the institution’s mission statement was formulated, or by whom. No one could even tell me who had decided to hang those banners all over campus….But the most important thing to note…is what it doesn’t talk about: thinking or learning. In what it both does and doesn’t say, it therefore constitutes an apt reflection of the current state of higher education. College is seldom about thinking or learning anymore. Everyone is running around trying to figure out what it is about. So far, they have come up with buzzwords, mainly those three.

Perhaps I am emblematic of everything that is wrong with elite American education, but I have no idea how to get my students to build a self or become a soul. It isn’t taught in graduate school, and in the hundreds of faculty appointments and promotions I have participated in, we’ve never evaluated a candidate on how well he or she could accomplish it.

And a few more choice passages:

It is not the humanities per se that are under attack. It is learning: learning for its own sake, curiosity for its own sake, ideas for their own sake. It is the liberal arts, but understood in their true meaning, as all of those fields in which knowledge is pursued as an end in itself, the sciences and social sciences included. History, sociology, and political-science majors endure the same kind of ritual hazing (“Oh, so you decided to go for the big bucks”) as do people who major in French or philosophy. Governor Rick Scott of Florida has singled out anthropology majors as something that his state does not need more of. Everybody talks about the STEM  fields — science, technology, engineering, and math — but no one’s really interested in science, and no one’s really interested in math: interested in funding them, interested in having their kids or their constituents pursue careers in them. That leaves technology and engineering, which means (since the second is a subset of the first) it leaves technology…

…Modernity is a condition of ever-increasing acceleration, but only, until recently, for adults. For the young, modernity means — or meant — something different. The modern age, in fact, invented the notion of youth as an interval between childhood and adulthood, and it invented it as a time of unique privileges and obligations. From the Romantics, at the dawn of modernity, all the way through the 1970s, youth was understood to have a special role: to step outside the world and question it. To change it, with whatever opposition from adults. (Hence the association of youth and revolution, another modern institution.) As college became common as a stage of life — one that coincides with the beginning of youth — it naturally incorporated that idea. It was the time to think about the world as it existed, and the world that you wanted to make…

…The college classroom does or ought to do one thing particularly well, which is to teach you to think analytically. That is why a rigorous college education requires you to be as smart as possible and to think as hard as possible, and why it’s good at training people for those professions that demand the same: law, medicine, finance, consulting, science, and academia itself. Nor is it a coincidence that the first four of those (the four that also happen to be lucrative) are the top choices among graduates of the most selective schools…

But business, broadly speaking, does not require you to be as smart as possible or to think as hard as possible. It’s good to be smart, and it’s good to think hard, but you needn’t be extremely smart or think extremely hard. Instead, you need a different set of skills: organizational skills, interpersonal skills — things that professors and their classes are certainly not very good at teaching…

All this explains a new kind of unhappiness I sense among professors. There are a lot of things about being an academic that basically suck: the committee work, the petty politics, the endless slog for tenure and promotion, the relentless status competition. What makes it all worthwhile, for many people, is the vigorous intellectual dialogue you get to have with vibrant young minds. That kind of contact is becoming unusual. Not because students are dumber than they used to be, but because so few of them approach their studies with a sense of intellectual mission. College is a way, learning is a way, of getting somewhere else. Students will come to your office — rushing in from one activity, rushing off to the next — to find out what they need to do to get a better grade. Very few will seek you out to talk about ideas in an open-ended way. Many professors still do care deeply about thinking and learning. But they often find that they’re the only ones…

…around the country, even as they cut departments, starve traditional fields, freeze professorial salaries, and turn their classrooms over to adjuncts, colleges and universities are establishing centers and offices and institutes, and hiring coordinators and deanlets, and launching initiatives, and creating courses and programs, for the inculcation of leadership, the promotion of service, and the fostering of creativity. Like their students, they are busy constructing a parallel college. What will happen to the old one now is anybody’s guess.

I am not as cynical as Deresiewicz.  Perhaps this is because I teach at a different kind of institution–a church-related or Christian college.

But I am still cynical.

For example, let’s take the idea of “service.”  At the school where I teach “service” is not understood by students, faculty, and administrators as a neo-liberal form of benevolence to the less fortunate. Rather, service is rooted in Christian conviction.

I commend schools–Christian or secular– that want to instill a spirit of service in their students. Service is certainly a virtue, but it should never be elevated in a college or university–even a Christian college or university–above the ultimate mission of thinking and learning.  Service must always be subordinate to, or integrated with, serious scholarship. There is a difference between a college and a benevolent organization.

I also resonate with the sense of “unhappiness” that Deresiewicz says many professors are feeling right now.  Don’t get me wrong.  I am thankful for what I get to do every day.  But I have also noticed that the mindset of my students has changed significantly since I began my academic career.

I wanted to become a professor because I loved discussing ideas, learning new things, and seeing my students learn new things.  I still have students who love to learn for the sake of learning, who are intellectually curious about the so-called “big questions” of life, and understand their liberal arts education in terms of their citizenship in a democratic society or their passion for pursuing a good life.  But today they seem to be located more on the periphery than the center of student culture.  The center of student culture, as Deresiewicz points out, is now defined by things such as experience, professionalization, careerism, and other utilitarian ends that fit well with his thesis about neo-liberalism and the consumer-driven university.

Again, this is not an indictment against internships, experiential learning, studying abroad, seeking professional credentials, leadership training, service-learning, developing organizational skills, or thinking about how one can make money with a history major.  I only ask, like Deresiewicz, that these good things remain subordinate to the task of thinking and learning–the kind of thinking and learning that come from the liberal arts.  I worry that the tail is wagging the dog.

I teach at a college in which over 90% of the students live on campus. Since it is a (relatively) small school, I have had wonderful opportunities to develop friendships with my students as we go through the learning process together.  I was attracted to this college fourteen years ago because it was a close-knit academic and intellectual community that had a strong sense of mission.  But today I find myself working much harder to connect with students and get them excited about learning and thinking as an important part of the college experience.   In some classes–especially those with large numbers of “general education” students pursuing specialized and utilitarian majors–it is like pulling teeth to get them interested in the kinds of questions raised by the liberal arts.  It seems like there are a lot more students who just don’t care about these things.

Perhaps I should stop whining and complaining.  Maybe I am just getting old and cranky.  My wife tells me that I have a hard time adapting to change.  I am sure she is right.

But I still think Deresiewicz is on to something.