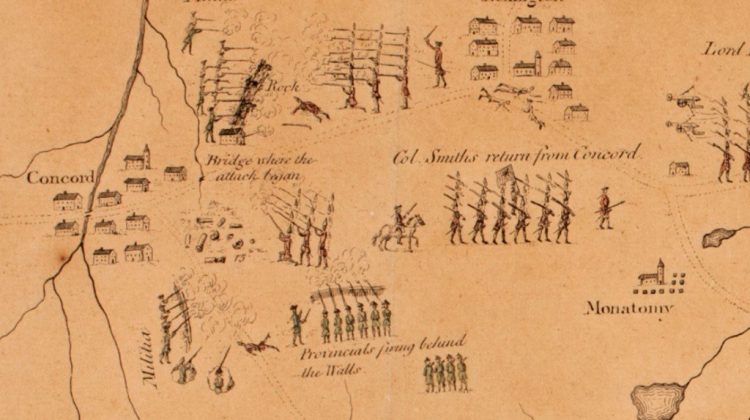 This is very cool.  Historian Allison Lange discusses the first published map of the American Revolution.  It is housed at the American Antiquarian Society in Worcester, MA.

Here is a taste of her post at the AAS blog, “Past is Present”:

A Plan of the Town and Harbour of Boston was published in London on July 29, 1775, three months after the battles. Little is known about the mapmaker. He may have witnessed the skirmishes and sent his manuscript across the Atlantic to London engraver C. Hall. Or, De Costa could have drawn the original map in London using information from the battle and an existing survey of the area. He dedicated his plan to Richard Whitworth, a Member of Parliament from 1768 to 1780, who was likely his patron.

Unlike most of the era’s battle maps, De Costa’s is a pictorial map. He illustrated the progression of troops using human figures rather than rectilinear blocks. Small groups of soldiers represent the British troops’ march to Concord and back. They fire at their opponents, and the wounded figures fall to the ground. De Costa represented encampments with tents and cannons and showed specific British ships, labeled in his key, in the Boston harbor. 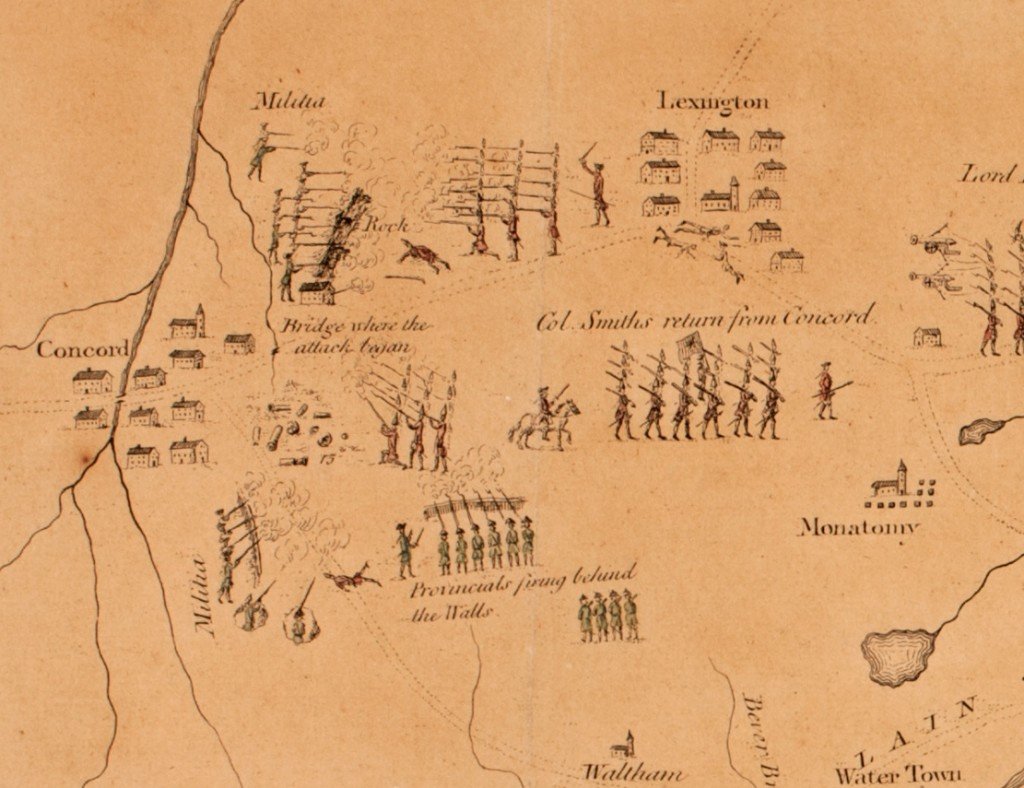