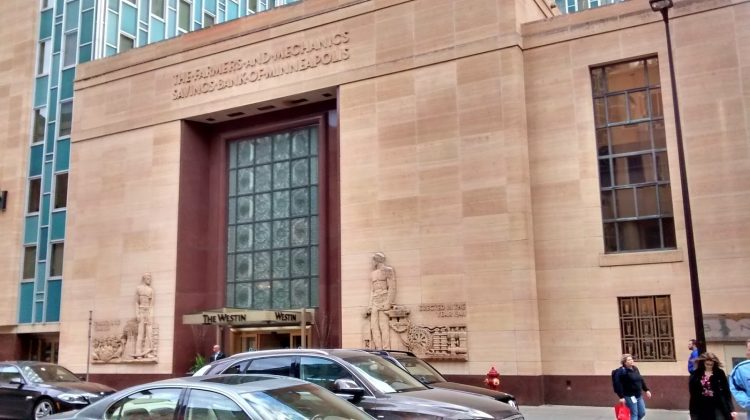 Michael Limberg, a graduate student at the University of Connecticut and a seasoned correspondent for The Way of Improvement Leads Home (check out his posts from the 2015 meeting of the American Historical Association), is in Minneapolis this week for the Spring Meeting of the American Society for Church History.   As you may recall, Michael is writing a dissertation on how U.S. philanthropists, missionaries, and diplomats worked to change and modernize the Near East in the decades following World War I.  He will be checking in a few times this weekend.  I hope you enjoy his first offering.  It is published below.  –JF
Hello from Minneapolis!  The Spring Meeting of the American Society for Church History is in full swing.  This will be my first conference with ASCH, though I have enjoyed a few of their joint-sponsored sessions at previous American Historical Association conferences  I hope to run into a few people I know and meet many more.  I grew up in the Twin Cities, so I am taking full advantage of the chance to wander around Minneapolis again.  I took the new Green Line light rail across downtown this morning, passing by some of my favorite quirky buildings (including the Art Deco-era Farmers and Mechanics Savings Bank) and the new football stadium that will replace the venerable Metrodome.  This looks to be a fairly small gathering compared to the annual meeting, with a strong emphasis on religious history in the Upper Midwest to complement the host city.  The Upper Midwest regional conference for the American Academy of Religion is taking place across town in St. Paul this weekend, which has apparently drawn off some possible attendees.
There was just one session yesterday afternoon, so I attended a panel on missions to Native Americans.  Marilyn Fardig Whiteley examined the life of Isabel Crawford, a Baptist missionary who worked among the Kiowa in the 1890s and early 1900s.  She argued that Crawford made an important transition to identify with the people she worked with, criticizing white Americans for their poor treatment of Native peoples.  Elizabeth A. Georgian focused on the example of Lorenzo Dow, a dissident itinerant preacher who broke with the Methodist church.  Unlike Francis Asbury and other early Methodist leaders who largely focused on white converts, Dow argued that God’s grace was clearly working among Native Americans and African Americans.  He thought that Native American converts could show whites the errors of Calvinism and universalism.  Finally, Do Hoon Kim compared conversion narratives from Praying Indians and Puritans in Massachusetts Bay colony.  The comments focused particularly on how new missions scholarship can work to get the perspective of the missionized as well as the missionary, and on the role of practice and ritual in conversion.
Today looks like a full day, with lots of panels and ending in a graduate student reception (because free food! Yay!)  I need to find some time to put a final touch or two on my paper for Saturday morning, on the YMCA in Jerusalem during the 1920s and 1930s.  The paper is based on some of my earliest dissertation research, done just a few minutes’ walk away at the University of Minnesota’s Anderson library.  I spent the morning there going over a few more boxes, so I need to put in a thank you to the archives staff there and a plug for the tour they are putting on (including a viewing of the archival “cavern” carved out of the Mississippi River bluff).  I look forward to the rest of the conference!
If you appreciate this content, please consider becoming a Patron of Current.