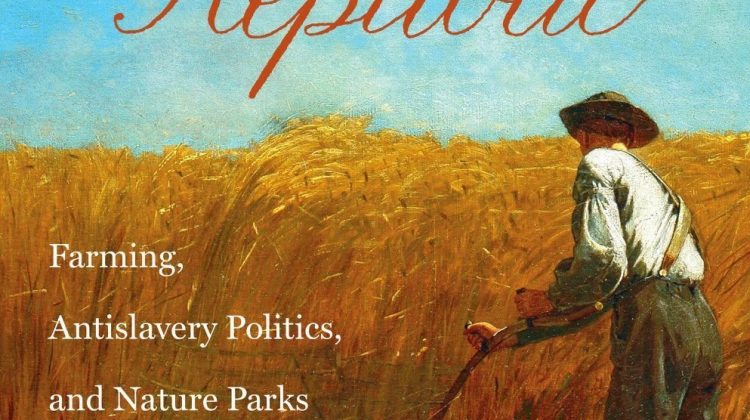 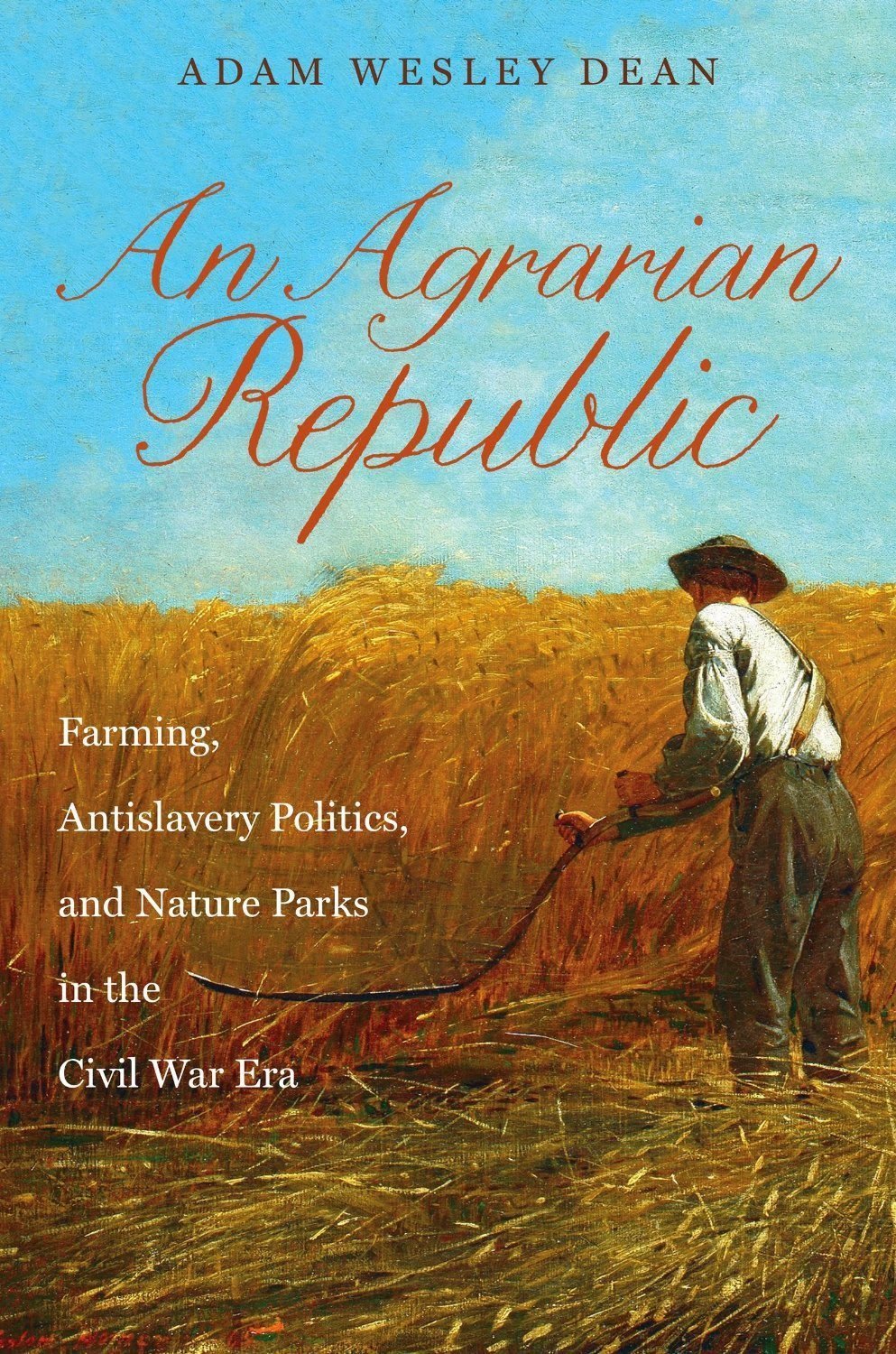 Adam Dean is Assistant Professor of history at Lynchburg College. This interview is based on his new book, An Agrarian Republic: Farming, Antislavery Politics, and Nature Parks in the Civil War Era (University of North Carolina Press, December 2014).

JF: What led you to write An Agrarian Republic?

AD: The project began in a legal history class I took during graduate school at the University of Virginia. Like many graduate students, I was trying to figure out a dissertation project during my third year in the Ph.D. program. Professor Charles McCurdy, now retired, suggested I examine an 1872 court case entitled Hutchings v. Low for a seminar paper. The case, which involved the very survival of Yosemite as a nature park, opened up a whole new world that I needed to explore.

The main opponent of Yosemite, George W. Julian, was a Radical Republican from Indiana. Julian was concerned that state and national parks threatened land rights for small farmers in the West. I discovered that many northerners during the 1850s, 1860s, and 1870s believed that small farms provided for the best land use practices and helped create the ideal society. Their vision of the future for both the South and the West was fundamentally agrarian. This story differed from the tired cliché repeated ad nauseam about the Civil War–that it was a conflict between an “industrial” North and an “agrarian” South. After all, farmers comprised roughly sixty percent of the population in the free states in 1860.

I wrote the book to not only show that the North was agrarian, but also to demonstrate how northerners’ backgrounds as farmers shaped their views towards politics, land-use, and slavery.
JF: In two sentences, what is the argument of An Agrarian Republic?

AD: The Republican Party of the Civil War era believed that small farm ownership for multiple generations led to material prosperity, national loyalty, and physical beauty. Understanding 19th-century Republicans as small farmers helps explain their opposition to slavery in the West, wartime Union policy, the opposition to nature parks, and the land redistribution schemes of Reconstruction.

JF: Why do we need to read An Agrarian Republic?

AD: Historians cannot hope to understand the debate over slavery in the West, soldier’s reactions to plantation agriculture, and the early opposition to Yosemite and Yellowstone without understanding the agrarian world that the Republican Party grew out of.
I believe that the Republican Party also had new ideas about land use in American history. When I started An Agrarian Republic, I was tempted to label the Republican promotion of small farms as an extension of Thomas Jefferson’s agrarianism. Unlike Jefferson, however, Republicans believed that slavery destroyed the land. This misuse of nature, they believed, created an autocratic and aristocratic society.

AD: Wow, what a difficult question! I became interested in U.S. History in high school thanks to some particularly engaging teachers. Growing up in Utah, however, the Civil War was never really on the radar. When I attended college at UCLA, I planned on becoming a lawyer. Dr. Joan Waugh, who is the Civil War and 19th-century expert in the UCLA history department, convinced me it was possible to become a history professor. I decided to apply to Ph.D. programs during my final year of study at UCLA. I was admitted to the University of Virginia and had the honor to serve as Dr. Gary W. Gallagher’s advisee and to work with Drs. Michael F. Holt, Edward L. Ayers, Brian Balogh, Peter Onuf, and Edmund P. Russell.

AD: My next book will focus on the role of non-elite southern whites during Reconstruction. The working title is “White Trash and Oppressed Yeomen: How Impressions of Non-Slaveholding Whites Shaped Republican Policy.” While many historians, including Heather Cox Richardson, Eric Foner, William Gienapp, Michael Les Benedict, Eugene Berwanger, Jonathan Earle, William Freehling, Mark Lause, and myself have examined the origins of the Republican Party and its policies, few have explored the party’s attitudes towards non-slaveholding southern whites.

By contrast, I intend to study Republican perceptions of non-slaveholding southern whites from the party’s inception in 1854 through the end of Reconstruction. From the early days of the party through the end of Reconstruction, Republicans viewed non-slaveholding whites as decrepit and ignorant because slaveholders prevented the poorer classes in southern society from achieving material progress. Republican views on non-slaveholding whites were key to the construction of the party’s most powerful message in the 1850s–the existence and malevolence of the “slave power.” These impressions also informed Republican behavior during the secession crisis and opening years of the Civil War. Fordham University Press awarded this book project a contract in July 2014. It should be out in late 2016.

JF: Looking forward to reading it! Thanks Adam.
And thanks to Megan Piette for facilitating this installment of The Author’s Corner
If you appreciate this content, please consider becoming a Patron of Current.