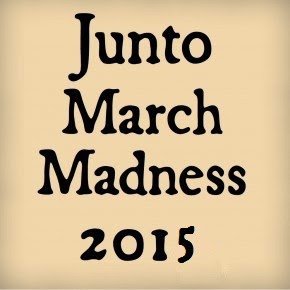 I must admit that I was a little disappointed when Philip Vickers Fithian got knocked out of the Junto March Madness Tournament in the first round, but I continued to do my civic duty by voting for the best primary source from early America in the subsequent rounds of what has become an annual tradition in the history blogosphere.

In case you have not heard, in the championship final the Declaration of Independence (59%) scored a comfortable victory over Benjamin Franklin’s Autobiography (41%).  I am particularly pleased to announce that three of the final four documents–the Declaration, Franklin’s Autobiography, and Frederick Douglass’s Narrative–are staples in my United States History survey course at Messiah College.

I also may bring this up today in my Pennsylvania History class since both the Declaration of Independence and Franklin’s Autobiography have strong Pennsylvania connections.