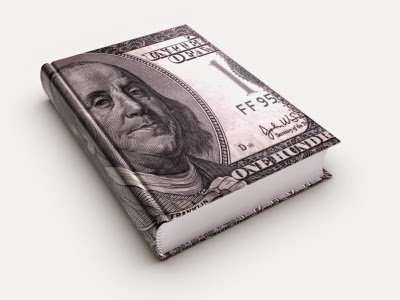 There are a lot of ways to make money from writing books, but for many of us who publish monographs with university presses, royalties are not one of them.  So far my name is on the cover of four books–two with university presses and two with small trade presses.  All four of those books have done well based on the relative expectations that the presses set for them.  They have all been assigned and taught in college and high school classrooms.  Through this blog and other things that I do I have been able to sell a few of them to non-academic audiences.  As might be expected, the two trade books have sold much better than the two university press books.  But in the end, I am not anywhere near the point where I can quit my day job as a college professor and start living off my royalties.  In fact, receiving a royalty statement and check in the mail–especially from the university press books–can be a very depressing experience.

With all this in mind, I thoroughly enjoyed Claire Potter‘s realistic post entitled “How We Make Money From Books.”  She encourages academics to forget about going for big advances from university presses.  At the most, you might be able to negotiate for a few thousand dollars more.  Of course many first-time authors may not get any advance.  This was the case for me with The Way of Improvement Leads Home.  Since then my advances have been small and very unimpressive.

Claire argues, and I tend to agree with her, that instead of going with a press based on the advance, an author who wants to publish an academic book should pick a press based on the editor, the recommendations of friends, and the advertising budget or plan.  (I would add projected price point to Claire’s list).  Remember, if your academic press book sells 1000 copies it will probably be considered a huge success.

In the end, if you still want your books to work for you financially, think about the big picture.  Claire reminds academics that a book might get you tenure or promotion, resulting, of course, in a salary bump.  You may also make some extra money speaking about the book.  (Potter recommends placing speaking fees in a Vanguard Roth account–of course this does not apply to some of us who have to use the extra money to pay for braces, fix the lawnmower, pay for club volleyball, or buy school clothes).

Although university presses are always ambitious for the crossover book, it is a rare achievement, and yours probably isn’t one. Crossovers tend to target certain fields: think war, biography and presidents.  There are a few authors in every academic field who do well in the commercial publishing world (some of them very well), and there are occasional breakout hits: for example, Kate Millett’s Sexual Politics (1970) would never be published today by a commercial press, but in the early years of women’s liberation it was a mass market hit. In the contemporary landscape, it is more likely that if you publish with a commercial press now, you began by doing a good job for a university press that worked hard to get your book out there.
Academic bestsellers are a strange genre. They are a whole different species from commercial bestsellers, and they generally do not cross over to a popular audience. An important characteristic of such books can be that they are useful to scholars across fields, and across disciplines; and that they are very well written. Somebody told me years ago that Columbia University Press sold out its first hardback run of Joan W. Scott’s Gender and the Politics of History (1988), and had declared it a bestseller: that first edition probably ran to fewer than 5,000 copies. What is more important about such a book, as you will see below, is the role it played in the author’s career, that it is still in print, and that people still teach the essays from it.
Oh yes, I almost forgot.  Congratulations on the book contract, Claire!