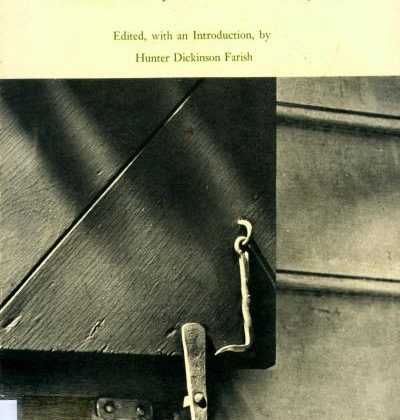 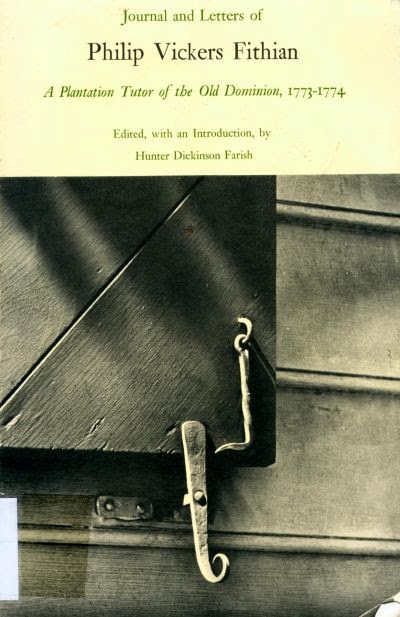 As many of you know, I have spent a lot of time with the journals of Philip Vickers Fithian.  The diary of the New Jersey farmer, Princeton graduate (class of 1772), and tutor on Robert Carter III’s Virginia plantation, has done more to shed light on Virginia plantation life in revolutionary America than any other primary document.  Here is what I wrote about the diary in the introduction to The Way of Improvement Leads Home: Philip Vickers Fithian and the Rural Enlightenment in Early America (University of Pennsylvania Press, 2008):

The Way of Improvement Leads Home is a cultural and intellectual biography of Philip Vickers Fithian one of early America’s most cited diarists.  Historians who study colonial Virginia know Philip well.  The journal he kept during the year (October 1773 to October 1774) he spent as a tutor on Robert Carter’s plantation in Virginia’s Northern Neck not only is a delight to read but also offers one of our most revealing glimpses into the life of the Chesapeake gentry at the time of the American Revolution.  If the anecdotal evidence I have collected during the course of this project is any indication, Philip’s Virginia diary was a staple of undegraduate and graduate history seminars for two generations of students trained during the cold war.  Today, despite the fact that his name no longer appears with great frequency on college syllabi, more people are exposed to Philip’s observations than ever before.  One would be hard-pressed to find a book on eighteenth-century Virginia that does not mention him.  Thousands of families learn about Philip each year at Colonial Williamsburg, where he is a regular part of its public history program.  Tour guides echo his words as they lead visitors through the plantations of the Old Dominion.  Philip even makes a cameo appearance in Liberty!, the popular six-part documentary on the American Revolution that aired on public television in 1997.

Yes, despite Philip’s ubiquitous presence in interpretations of colonial Virginia, we still know little about him.  With the exception of Vincent McCluskey’s 1991 New York University doctoral dissertation, there has never been an attempt to write a biography of the man.  His writing are most often used by historians as window dressing for their studies of the plantation Chesapeake.  It seems that a quotation from Philip Vickers Fithian is the perfect way to enhance any historical narrative.  The lack of detailed attention to Philip’s life is somewhat surprising in the light of the fair amount of primary source material available to the biographer. Two older collections of Philip’s writings are still easily accessible to those interested in learning more about him.  In 1900 John R. Williams published many of Philip’s personal letters and papers written during his years (1770-1772) as a student at the College of New Jersey.  Three decades later Robert Greenlaugh Albion and Leonidas Dodson edited Philip’s 1775-1776 journals recounting his two short missionary trips to the Pennsylvania and Virginia backcountry and his role as a chaplain with the Continental army in New York.  His life sheds light on the history of colonial New Jersey and Virginia, the development of the early Presbyterian Church, eighteenth-century courtship rituals, and especially the impact of the Enlightenment on ordinary people at the time of the American Revolution 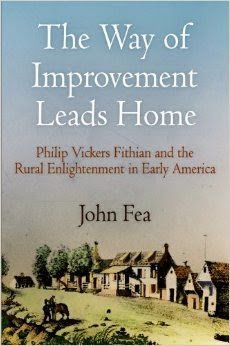 Needless to say, I am thrilled that Fithian has made it into the 2015 Junto March Madness tournament. But I am disappointed that he has landed a very poor 13th seed in the “Slavery, Captivity, and Bonded Labor” bracket.  It is clear that few of the tournament organizers have ever read Fithian’s journal or else he would have been seeded much higher, certainly ahead of The Deposition of Robert Roule, Lord Dumore’s 1775 Proclamation, the Diary of William Byrd, Richard Freethorn’s letter, and The Infortunate.  If I had my druthers, I would have actually placed him as a top five or six seed in the “US History Superstars” bracket.  This document is a wonderful teaching tool, just ask The Journal of American History.

I guess it’s time to take up a longstanding offer I have had from a university press to do a new edited version of the diary.

As it turns out, Fithian’s first round opponent is David Walker’s Appeal to the Colored Citizens of the World.  Walker is definitely tough competition and probably deserves its #4 seed, but I smell an upset.  Let’s make this happen.  It is the least we can do after Fithian’s tragic death while camped at Ft. Washington, New York in 1776. (OK, I know I am laying it on thick here!).  Woops, I just gave away the ending of my book!

Vote for Fithian here.  I don’t know what I will do if my entry suffers another first round loss similar to the one Was America Founded as a Christian Nation? suffered in the first round of last year’s tournament.