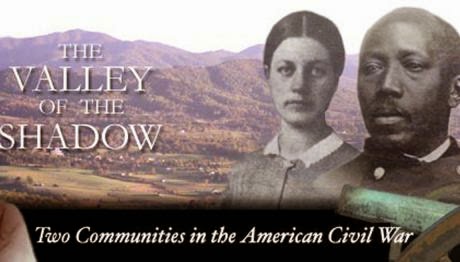 For those of us who are still trying to discern the kinds of online work that qualifies as “digital scholarship,” William Thomas, the chair of the history department at the University of Nebraska, has offered a helpful blog post entitled “What is Digital Scholarship: A Typology.”  (Some of you may recall a post we did last year on Thomas’s work conducting “History Harvests.”).

Thomas defines three types of projects that we should consider forms of digital scholarship:

These works are hybrids of archival materials and tool components, and are situated around a historiographically significant or critical concern. These works often assert a methodological argument as well, demonstrating that the combination of tools and materials serves as a method worthy of applying to the problem. Interactive Scholarly Works have a limited set of relatively homogenous data, and they might include a textual component on the scale of a brief academic journal article. They feature an API for users to access the data and programming directly. Relatively tightly defined in subject, ISWs provide users with a high degree of interactivity in a limited framework. (Meeks and Grossner 2012)

Examples include: Visualizing Emancipation and Who Killed William Robinson?

Digital projects, sometimes referred to as Thematic Research Collections, are perhaps the most well defined genre in digital humanities scholarship. Carole L. Palmer’s 2004 review of these works emphasized several qualities, such as their heterogeneous datatypes, structured but open ended, designed to support research, multi-authored, primary sources. Combining tools and archival materials framed around a historiographically significant or critical problem, these projects are sprawling investigations into a major problem. Typically gathering thousands of objects and records from widely varying institutions and in widely varying formats, digital history projects contain “digital aggregations” of primary sources that support research on a particular theme or historical question. Scholars embed interpretive affordances in the collection and use these affordances to open up new modes of inquiry and/or discovery. They are open-ended projects and often support ongoing research by multiple scholars or teams. Often traditional peer reviewed scholarship is derived from the thematic research collection. The next phase of thematic research collections might feature interpretive scholarship embedded within and in relationship to the collection. (Palmer, 2004)

Examples include: Valley of the Shadow and Mapping the Republic of Letters

These scholarly works are born-digital, and they primarily feature a work of scholarly interpretation or argument embedded within layers of evidence and citation. They do not and presumably cannot exist in analog fashion. They may be multimodal, multi-authored, and user-directed. They may change between and among readings, either through updates or algorithmic reconstitutions. Unlike the first generation of “eBooks” which transferred analog books into digital formats, these nonlinear, multimodal narratives offer explicit hypertext structures. These works primarily provide multiple points of entry for readers and situate evidence and interpretation in ways that allow readers to unpack the scholarly work. They are highly configured, deeply structured, and strongly interpretive pieces of scholarship. They could be stand alone self-generating web sites, cloud applications, or they could be presented in a media-rich scholarly publishing framework such as Scalar.

Examples include: Gilded Age Plains City and The Differences Slavery Made