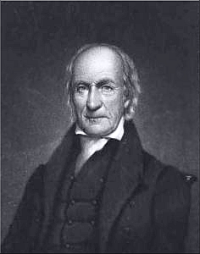 What if religious liberty became a campaign issue in the upcoming presidential campaign?  Russell Moore, President of the Ethics and Religious Liberty Commission of the Southern Baptist Convention, thinks that it should be.  I can’t argue him.

I also can’t argue with his piece in yesterday’s Wall Street Journal in which he explains religious freedom and calls presidential candidates to defend it in 2016.  It is excellent.

Perhaps the Baptists, the historic defenders of the separation of church and state and religious liberty, who are best positioned to speak to this issue in American life.

Moore’s op-ed is behind the Wall Street Journal paywall, but here is a taste:

Thomas Jefferson wouldn’t make it as a Sunday school teacher in a Baptist church. We don’t tend to recruit those who would cut apart a Bible to get rid of miracles and resurrections—for us the best parts—to instruct our children. Yet the same Baptists and other evangelicals who wouldn’t have let Jefferson near their baptismal pools were willing to check his name for president of the United States because he was willing to stand up for religious freedom.

That’s why the most important test of 2016 may be the Thomas Jefferson Primary —the race to see which candidates offer a clear, coherent vision of religious liberty when the very idea is contested in American politics.

Jefferson won over the Baptists and evangelicals without pretending to be one of them. After all, he was derided as an infidel by his critics. Jefferson and the Baptists came to religious liberty from two very different starting points. He based it on an Enlightenment understanding of natural rights. They based it on a gospel in which consciences must be free if they are to stand in judgment on the Last Day. The Founding-era evangelicals, such as fiery Virginia Baptist revivalist John Leland, didn’t care about motives, but about who would work to secure freedom. That’s a good model for the next election.

In recent years candidates have assumed that they can win over evangelicals by learning Christian slogans, by masking political rallies as prayer meetings, and by basically producing a long-form new birth certificate to prove they’ve been born again. This sort of identity politics is a luxury of a past era when evangelicals were part of a silent majority in the U.S., with our First Amendment freedoms assumed and guaranteed. That is not the present situation.

In the past several elections, religious liberty has hardly been mentioned. There was chatter about the sermons of the pastors of candidates Barack Obama and Sarah Palin in 2008, and about whether evangelicals would vote for a Mormon in 2012—they did, without much trouble. But candidates didn’t have to answer how they would protect the legacy of religious freedom, fought so hard for by Jefferson and his Baptist allies.

Yes, the Supreme Court handed religious-liberty advocates a victory in the Hobby Lobby case—ruling in 2014 that certain private companies can be exempt from aspects of the Affordable Care Act for religions reasons. But who would have predicted a few years ago that a decision about whether the government could force employers to pay for abortion-causing drugs would rest on one swing vote on the court?

Even more troubling was the 2012 Hosanna-Tabor decision. Again, religious freedom won the day in a ruling maintaining a church’s right to hire ministers apart from government interference. But that court victory was against a White House arguing a point that no previous administration ever would have pursued.

In 2016, it doesn’t matter whether a candidate knows the words to hymns. What will matter to evangelicals is how the candidate, if elected president, will articulate and defend religious-liberty rights. This is about more than whether the candidate will repeat clichés about appointing Supreme Court justices who will “interpret the law, not make the law.” We want to know how this potential president will rein in an administrative apparatus that has plunged the country into ongoing culture wars over, for instance, compelling virgin nuns to pay for birth control.

This also will mean a vision of religious liberty that is about more than pandering to an interest group. Some of today’s most pressing religious-liberty questions concern groups who, unlike evangelicals, have no large voting blocs. That is why evangelicals care about whether Muslim prisoners are forced to shave their beards without a compelling government interest, at issue in a Supreme Court decision last month that a man jailed in Arkansas could not be forced to shave.

If religious liberty doesn’t apply to small or unpopular minorities, then it isn’t liberty at all but becomes another government handout to a special-interest group. We want a candidate who will argue consistently for soul freedom for everyone, even those we would argue with about everything else.