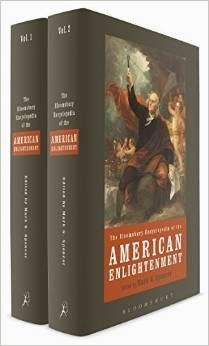 The Bloomsbury Encyclopedia of the American Enlightenment is here for the low, low price of $451.00.  From what I can tell, Mark Spencer has edited an amazing research tool for students of American history.  It is now time for all of us to get our academic libraries to purchase a copy.

I contributed an essay on Philip Vickers Fithian to this volume.  I may have written other entires, but I just can’t remember.  I will have to wait for the “See Inside” feature on Amazon to find out.

Here is the description: