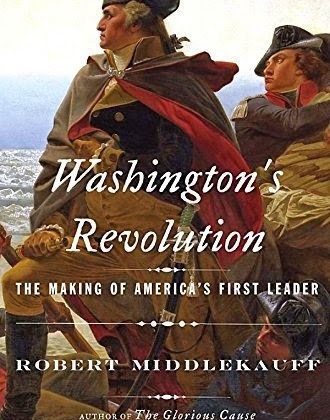 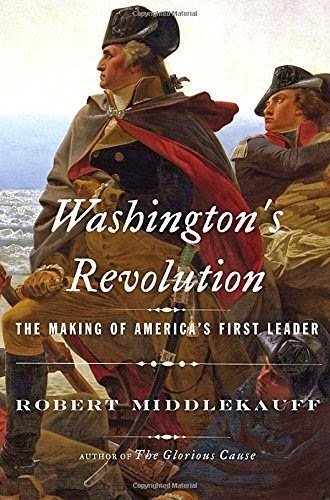 Robert Middlekauff is Professor Emeritus at the University of California Berkeley. This interview is based on his new book, Washington’s Revolution: The Making of America’s First Leader (Knopf, February 2015).

JF: What led you to write Washington’s Revolution

RM: Interest in Washington. I wrote a book, The Glorious Cause, several years ago about the American Revolution in which he figured, and, at that time, learned much about him, but my curiosity was not fully satisfied even though I revised that book in 2005. In fact, doing the revision increased my interest. I was strongly encouraged by my old teacher, E. S. Morgan, to have another crack at Washington.

JF: In two sentences, what is the argument of Washington’s Revolution?

RM: The argument is that Washington grew intellectually and morally as the Revolution developed. The nature of much of that growth revolved around Washington’s conception of what was at stake in the war with Britain: freedom and the union of American states, and the importance of the struggle for liberty in America to the larger world.

JF: Why do we need to read Washington’s Revolution?

RM: I’ve been interested in the past since childhood. I’m not certain of when my interest in American history took center place, but I decided to make its study my profession while serving in the First Marine Division in Korea over sixty years ago. The Marines and the place helped focus my mind.

RM: I’m not sure, though writing a book about Mark Twain may be it. I’m lucky to be in the university that houses the largest collection of his writings in the world. In the last few years, I’ve read many of his unpublished manuscripts and almost all of his letters.

There is also the possibility that I will remain in the colonial period of American history and write about either New England Puritanism or the Revolution.

JF: Sounds exciting, Prof. Middlekauff. Thanks!
And thanks to Megan Piette for facilitating this installment of The Author’s Corner