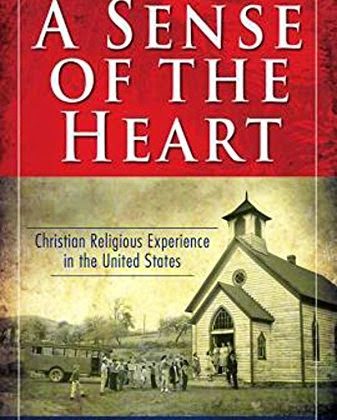 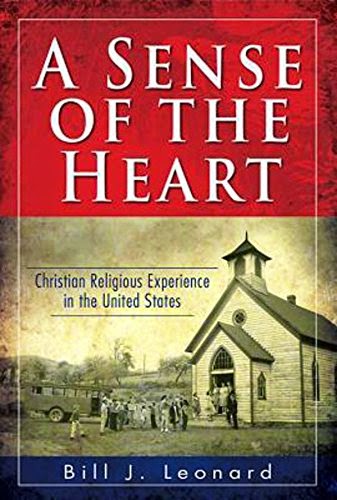 Bill Leonard is James and Marilyn Dunn Professor of Baptist Studies and Professor of Church History at Wake Forest University. This interview is based on his new book, A Sense of the Heart: Christian Religious Experience in the US (Abingdon Press, November 2014).

JF: What led you to write A Sense of the Heart​?

JF: In two sentences, what is the argument of A Sense of the Heart?

BL: The book explores the nature and diversity of religious experience in light of such distinct religio-cultural issues as pluralism, voluntarism, religious freedom, democratic idealism, and Protestant privilege in the US. This unique environment not only shaped the nature of experience with the Divine, but also provided a milieu in which multiple individuals and groups cultivated encounters with the Sacred.
JF: Why do we need to read A Sense of the Heart​?
BL: The book can be a helpful resource for several reasons: 1) It provides a one-volume survey of the history, theology and practice of religious experience in multiple contexts from the colonial period to the 21st century; 2) Americans have nurtured varying, often intense, religious experiences that informed spiritual identity, united and divided Christian communities, and made some type of “conversion” normative for all who would claim a relationship with Christ and the church; 3) Through it all, religious experience became one way in which the “objective” idea that God loves human beings and offers them salvation, becomes a “subjective” reality in the lives of specific individuals. This text pursues those issues.
JF: When and why did you decide to become an American historian?
BL: I grew up reading and loving history. My father passed on to me his love of history, reading history to me before I learned to read for myself. As native Texans we read Texas history together from early in my life. I think I learned the heroes of the Alamo before the names of the Apostles! My interest in history was nurtured by multiple mentors at every phase of the educational journey–men and women who were themselves captivated by historical studies with different approaches and specializations. Dr. Alice Wonders, chair of the Religion Department at Texas Wesleyan University, was an important mentor who encouraged me to pursue historical studies with an eye toward teaching. Dr. William Estep, well know church historian from my seminary studies, shaped my interest in teaching Christian history; and Dr. Earl Kent Brown at Boston University helped me focus my work in areas of American religion. He guided my dissertation in elements of American Protestant mysticism. My own experiences among Baptists in the South–conversionism, revivalism, varying “plans of salvation” led to some of my earliest research into religious experience and my concern to communicate those studies to new generations of students.
JF: What is your next project?
BL: Right now I am preparing a new edition of an earlier work entitled, Word of God Across the Ages: Using Church History in Preaching. It offers suggestions at to utilizing historical studies homiletically and provides a variety of sermons with focus on the theology and spirituality of certain historical figures from St. Paul to Sojourner Truth, to Martin Luther King, Jr.

I am also doing initial research for a study of religion in Appalachia, particularly as much of the region’s religious culture is being impacted by the impinging mass culture of the larger American religious and secular society.
JF: Good stuff, thanks Bill.
And thanks to Megan Piette for facilitating this installment of The Author’s Corner
If you appreciate this content, please consider becoming a Patron of Current.