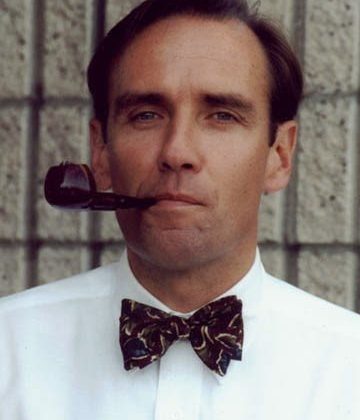 Those of you who read the The Way of Improvement Leads Home are familiar with the thirteen question quiz on evangelicalism that I posted yesterday.  I have been surprised with how much attention this quiz is receiving, mostly from Christians and non-Christians with evangelical backgrounds who no longer identify with evangelicalism.

Earlier today Darryl Hart took the quiz.  Some of you know Darryl as the curmudgeonly (and I used that term in the most endearing way) historian and cultural critic who has written several books criticizing American evangelicalism from the perspective of what might be best described as a twentieth-first-century brand of Old School (Princetonian) Presbyterianism.
Hart’s responses affirm Randall Balmer’s comment last weekend in Malibu that once evangelicalism gets in your bloodstream and DNA it is impossible to shake.  Also, in the process of taking the quiz Hart deconstructed it.  This should surprise no one.
I have posted some of Hart’s answers below. You can read the rest by going to his post at Old Life entitled “What Must I Do To Be Left Behind from Evangelicalism.”  (I love the Family Radio answer.  Harold Camping is smiling in heaven!)
1. Do you attend a church of over 2000 people? I suppose this refers to a congregation, in which case I say no. But I do go to a church — the OPC — that is small but not that small. The lesson may be that evangelicalism has a bias against connectionalism (read presbyterian polity).
2. Have you studied at, or do you work at, a college that identified itself as a “Christian college?” Yes, but only for a year. What happens if I transferred to a secular university? Does evangelicalism still claim me?
3. Have you seen the rapture movie A Thief in the Night? (I could have probably asked if they read the Left Behind series of novels by Jerry Jenkins and Tim LaHaye). I have seen the movie. It was part of the cinematic fare of my home congregation’s youth group. But what if I now vote strongly against any proposal before session that calls for our OPC congregation to show the movie?
4. Have you been to any of the following Christian Bible conferences: Word of Life, Camp of the Woods, Harvey Cedars, America’s Keswick, Sandy Cove, or Rumney Bible Conference? (Remember, this is an east coast group) Not only have I been there, but for two summers I worked in the kitchen at Sandy Cove and sang tenor (one summer) and bass (another) with the Sandy Cove Choralaires (we even performed the Ralph Carmichael Christian teen folk musical, “Tell it Like it Is” at the affiliated youth camp, Hilltop Ranch. (I’m still in recovery.)
5. Did you vote for George Bush in 2000 or 2004? Yes, but I still don’t sense corporate guilt.
6. Have you been on a short-term mission trip? Does doing something Christian outside the United States count? How about teaching at a seminary in Brazil?
7. Have you attended a Billy Graham or other evangelistic crusade? Yes and yes. I am pretty sure my parents took me to the 1962 Philadelphia Crusade. And in 2002 we went to the San Diego Crusade under the false pretense that this would be the evangelist’s last. I still worry that I am on some terrorist organization’s list for having attended a Crusade (and for having rooted for the Wheaton College Crusaders before they became the Wheaton College Thunder.)
8. Have you read Josh McDowell’s Evidence That Demands a Verdict? Hallelujah! No.
9. Have you read something by C.S. Lewis? Darn! Yes.
10. Do you listen to Christian radio? Yes. But let me explain. I generally have on the radio as background noise. For most of the week it is Sports Talk Radio (from Philadelphia). This drives the missus batty and keeps me near the dog house. In the car I listen to NPR. On Sundays I stream Family Radio in the background. It is all about nostalgia. My parents had on Family Radio during the whole week. It is one way I remember my parents and treat the Lord’s Day as a day set apart. You get occasionally a good hymn.
Read the rest here.
If you appreciate this content, please consider becoming a Patron of Current.