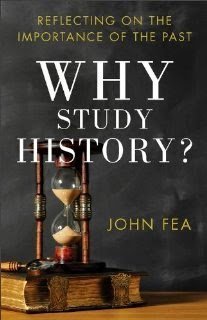 It seems like every few years another front opens up in the so-called “History Wars.”  In the 1990s there was the battle over the proposed National History Standards and the fight over the Enola Gay exhibit.  In the 2000s there was the debate over the Texas Social Studies Standards.  Now it seems that people are not happy with the changes made to the Advanced Placement United States History curriculum.  It is apparently too revisionist.

In Monday’s New York Times, James Grossman, the Executive Director of the American Historical Association, tried to calm the critics by reminding the public that all history is revisionist.  He writes:
A member of the Texas State Board of Education has accused the College Board of “promoting among our students a disdain for American principles and a lack of knowledge of major American achievements,” like those of the founding fathers and of thegenerals who fought in the Civil War and World War II. The Republican National Committee says the framework offers “a radically revisionist view”that “emphasizes negative aspects of our nation’s history.” Stanley Kurtz, in National Review, called it “an attempt to hijack the teaching of U.S. history on behalf of a leftist political and ideological perspective.”
Disagreement is not a bad thing. But learning history means engaging with aspects of the past that are troubling, as well as those that are heroic.
There was a time, for example, when historians didn’t worry much about the slave trade and the emergence of an economy based on forced labor. Historians likened the plantation to a “school,” and emancipated people as children let out of class too soon. Only slightly more than a half-century ago, historians began to “revise” that narrative, examining sources previously ignored or unseen, informed by new ideas about race and human agency. More recently, scholars have revised 19th-century images of the “vanishing Indian,” a wildly inaccurate narrative that lives on in public monuments and popular lore, and has implications for public policy.
This essential process of reconsideration and re-evaluation takes place in all disciplines; imagine a diagnosis from a physician who does not read “revisionist” medical research.
Revisionism is necessary — and it generates controversy, especially when new scholarship finds its way into classrooms…

Stay with us today.  My next post will include some of my own thoughts on revisionism.