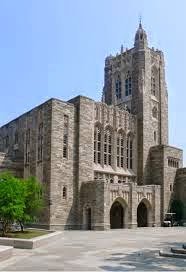 It was a full day in Princeton.  The Gilder-Lehrman “13 Colonies” seminar is off to a great start (or at least it is from my perspective as the instructor).  We started the day problemetizing the “Whig” interpretation of history and trying to imagine what the history of the American colonies might look like if we did not view the colonies solely as a precursor to the American Revolution.  Alan Taylor’s American Colonies was very helpful on this front.

We spent the rest of the morning on native American history.  Most of what we discussed was informed by Taylor’s American Colonies, James Merrell’s The Indians’ New World, and Dan Richter’s Facing East from the Indian Country.  My goal was to get these K-8 history teachers to see the world through the eyes of the native Americans, to get them to think culturally (rather than geographically) about the concept of the “New World,” and to see moments of native American agency on the “middle ground.”

After lunch we began our exploration of the early Chesapeake by exploring death and mercantilism in Jamestown.  This morning we will finish that story.

Nate McAlister is my partner in crime this week.  Yesterday afternoon we met with Stephen Ferguson, the rare book librarian at Princeton’s Firestone Library.   On Thursday afternoon we are taking the teachers into the Firestone so that they can touch, hold, read, and discuss some seventeenth and eighteenth-century books.  I get the privilege of creating the book list.  Nate and Stephen suggested that the list should include everything read by Philip Vickers Fithian.  We may also get to look at the original diaries that I worked with for The Way of Improvement Leads Home.  This should be exciting.