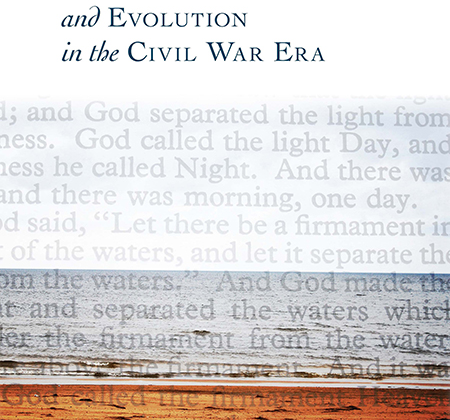 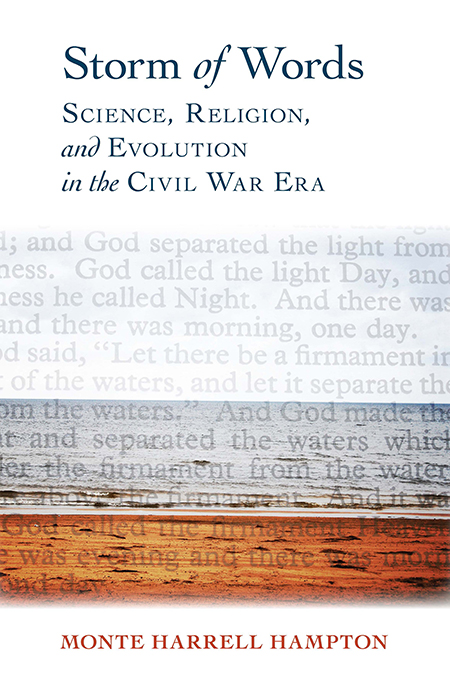 Monte Hampton teaches history at the North Carolina State University. This interview is based on his book Storm of Words: Science, Religion, and Evolution in the Civil War Era (University Alabama Press, 2014).

JF: What led you to write Storm of Words?

MH: Having been reared in the South, I have always found southern history fascinating.  I was also very impressed by the perennially prominent role played by both religion and science in American cultural history.  This project wove together all three of these categories of academic interest by looking at a community of southern Christian intellectuals who thought deeply and wrote frequently about how to understand the relationship between science and theology, nature and scripture. Of course, as white southerners who had been committed to defending slavery and the ethos of the Old South, these theologians and ministers conceptualized the relationship between scripture, science, and the socio-cultural order in their own unique way

JF: In 2 sentences, what is the argument of Storm of Words?

MH: Among other things, this book explains why the first extended evolution controversy in the trans-Atlantic world occurred in the American South, forty years prior to the Scopes Trial.  By examining a group of eminent Southern Presbyterian ministers and theologians, a community that had been in the forefront of linking the defense of slavery and the South to the Bible, it shows that their unique response to Darwinian biology, as well as to contemporary trends in anthropology, geology, and numerous socio-cultural developments, resulted from their particular way of reading the Bible and from the cultural trauma experienced during sectional crisis, Civil War, and Reconstruction.

JF: Why do we need to read Storm of Words?

MH: Anyone interested in that seemingly incessant American phenomenon known as the evolution controversy, not to mention the larger relationship between science and religion in American discourse, should find this book informative.  Beyond that, however, this book examines the ways culture and history have shaped the ways communities conceive of science and religion, especially religion claiming to be based in scripture. For more than two centuries Americans have invoked God and the Bible to support or challenge a welter of ideas, causes, and movements—often on opposite sides of the same issues. This is because the appropriation and use of the Bible have been inextricably intertwined with the history and culture of the community reading it.  So, this book serves as a kind of case study of the ways the Protestant commitment to sola scriptura has been complicated by the theological assumptions and lived experiences that its readers have inevitably brought to their interpretation of the Bible.

MH: I made the decision in the mid-1990s.  As a minister dealing with scripture and the interpretation of scripture in the concrete life of a church and a community, I began to notice the many different ways the Bible had been and continued to be interpreted, applied, and deployed.  This led to a curiosity about the relationship between culture and biblical hermeneutics.  I began to study the dialectic relationship between socio-cultural identities and religion, especially religion that claimed to find its authority in the Bible.  At bottom, then, most of my work has stemmed from a strong curiosity about epistemology, about how humans come to know what they know, and how differences in race, gender, social class, culture, and historical experience shape a community’s concept of knowledge and how it should be acquired.

MH: I am working on two projects at present:  First, with Regina Sullivan I am co-editing a forthcoming festschrift, entitled Varieties of Southern Religious Experience (University of South Carolina Press), which will be a collection of essays dedicated to our doctoral advisor, Donald Mathews.  Second, I am working on a paper examining the pervasiveness in antebellum America of the so-called “conflict thesis,” the notion that science and religion must necessarily be perennial enemies.  Numerous historians, led by Ronald Numbers, have shown that this military metaphor, which continues to enjoy popular currency, has had less to do with the actual relationship between science and religion in American historical discourse than with the influence of seminal late-nineteenth century works by anti-clerical proponents of such endemic conflict, such as Andrew Dickson White.  My paper will examine the extent to which the notion had currency in the half-century prior to these works.

Thanks to Allyson Fea for her work on this edition of the Author’s Corner.