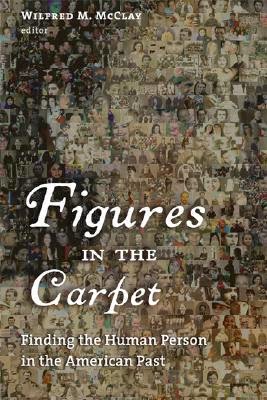 After the Hobby Lobby case a lot of folks are talking about personhood.  Can a corporation be a person?  I wrote today at Perspectives on History about my concern over how the Supreme Court in this case, and in a lot of previous cases, have treated for-profit corporations as persons.  Several people have contacted me to thank me for the piece.  Others disagree strongly with my take on the case and have let me know!  Over at my Facebook page there is a small conversation/debate going on about the case. In one of the FB comments I tried to clarify my argument in the Perspectives piece.  Here is an edited version of what I wrote there:

It seems to me that the case was rightly decided based on the broad interpretation of the RFRA and the Dictionary Act. The AHA asked me to reflect historically on this case. With that in mind, I still think Madison, Jefferson, Backus, or Williams would find this decision strange. And why wouldn’t they? They lived in a very different time. The point, again, is change over time. That is what I was trying, as a historian, to show in Perspecitves, the official blog of the American Historical Association.

Having said that, I will admit that I close the piece by wondering how Christians can so enthusiastically support the definition of a person as a corporation. I am surprised more Christians are not bothered by this decision. I used to teach a course at Messiah College called Created and Called for Community. In that class I tried to get my students to think about what it means to be a person in the sense that we are created in the image of God, have dignity and worth, have the capacity to reason and exist in the context of community and life with others. This is my theological understanding of a person. And just like many Christians are bothered by the way the state defines “marriage,” I am bothered by the way the state has tried to define a person..

I know not all Christians agree with me, but I think it is important to guard this theological idea of personhood against the kinds of market forces that define a person as little more than a consumer. To me, non-profits serve the public good and thus should be granted religious freedom. For-profit corporations exist to accumulate wealth and garner profits. While I don’t deny that a for-profit corporation can also serve the public good and can provide much needed services, most for-profit corporations are not driven by this kind of mission. I still really like Patrick Deneen’s take on this in his piece in the American Conservative magazine. (I link to it in my AHA piece. It is a must read.). Deneen’s piece shows that may concern here is an inherently conservative one. My thoughts here are also informed by several of the essays in Wilfred McClay’s edited volume: Figures in the Carpet: Finding the Human Person in the American Past.

If you want to explore the concept of “the person” more deeply and historically, I highly recommend Figures in the Carpet. Bill McClay has put together a fascinating collection of essays on personhood in American history.  Here is book’s jacket description:

What does it mean to be a human person? This volume is a historical inquiry into that foundational, deceptively simple question. Viewing the human person from various perspectives — law, education, business, media, religion, medicine, community life, gender, art — sixteen historians of American life explore how our understanding of personhood has changed over time and how that changing understanding has significantly affected our ideas about morality and human rights, our conversations about public policy, and our American culture as a whole.