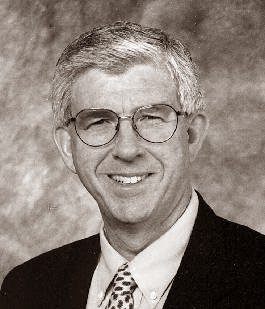 While I was was a student studying church history at Trinity Evangelical Divinity School in Deerfield, IL, I took several courses with Tom Nettles.  He arrived on campus a year after I did and, as a southerner with a heavy southern accent, he was an immediate curiosity among the mostly Midwestern students who attended Trinity.  (As a New Jerseyan who was raised Catholic and probably never met a Southern Baptist until Nettles, he might as well have been from another planet).

I did not get to know Nettles very well during my tenure at TEDS, but I learned a lot from his classes.   During my last year in Chicagoland Nettles left for Southern Baptist Seminary in Louisville.  He spent 17 years there.

Today I learned that Nettles was retiring from teaching.  I wish him well in his retirement.  I am sure that there are a few more books in the works.

I will close this post with a few memories of Nettles:

I am curious if any of his current students or other former students have had these classroom experiences.
Congratulations on your retirement, Dr. Nettles.  I am not a Southern Baptist, but I am still glad our paths had the chance to cross.
If you appreciate this content, please consider becoming a Patron of Current.