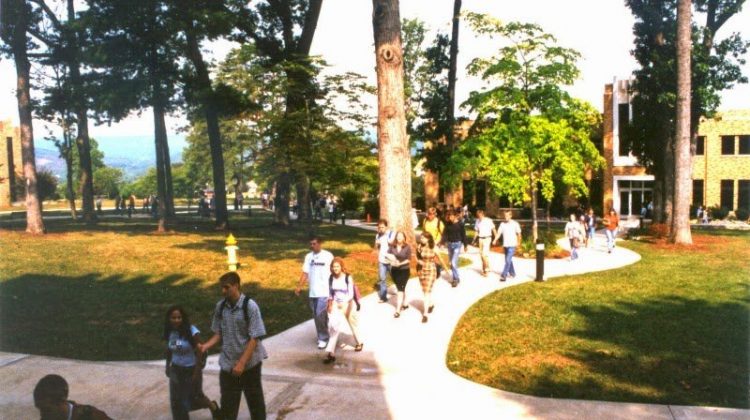 The latest in our “what is going on at…” series focuses on Bryan College in Dayton, Tennessee. Bryan is an evangelical (fundamentalist?) Christian college named after William Jennings Bryan and located in the same town where he attempted to defend creationism at the famous Scopes Trial.

I have actually been to Bryan College.  In 2008 I was doing a week-long Gilder Lehrman Institute seminar in Bledsoe County, Tennessee and drove over the mountain to Dayton on an afternoon off from teaching.  I toured the courthouse where the Scopes Trial took place and then drove through Bryan’s campus.

I am guessing that the Bryan campus is a lot less peaceful these days than it was on that warm summer afternoon in 2008.  According to a large group of student protesters, it appears that the Bryan administration has been clamping down on faculty who do not hold to a strict creationist view of human origins.  Here is a taste of an article from the Chattanooga Times-Free Press describing the student protest:

Dozens of students tied strips of black fabric to their arms to highlight the sadness on campus.
And at a morning chapel service, the last of the year, students stood up to announce their discontent and that Monday would be a day for students to speak out.
The student response came after weeks of controversy sparked by a February change to the school’s long-held statement of belief that embraced a more narrow view of creation. But issues on campus, professors and students say, go much deeper.
Many are upset over the secrecy and urgency that surrounded the clarification, leaving some professors little time to find other jobs if they couldn’t sign the revised statement. And many say the campus has been defined by distrust and division for weeks.
Some of you may recall that a couple weeks ago we reported on similar student unrest at Cedarville University in Ohio.  Like Bryan, the problems there also seem to be related to a powerful president who is trying to move the university away from mainstream evangelicalism and toward a more restrictive brand of fundamentalism.
As I read about what is going on at Bryan and Cedarville I can’t help but wonder what this says about the generational divide between college-age evangelicals and the more conservative baby boomer (or older Gen X?) evangelicals who are running some of these Christian colleges. Evangelical young people seem to be rejecting the strong-handed approach to leadership that has long been a hallmark of fundamentalist and some evangelical institutions.  As administrators at places like Bryan and Cedarville tow the fundamentalist line on issues such as gender, inerrancy and creation science, their students seem to be moving in another direction.
I am a historian.  I am not in the business of making predictions.  But it would not surprise me if many young evangelicals start to vote with their feet and seek a college education at schools bounded by a more generous and open Christianity that celebrates the theological, social, and political differences that exist in the larger evangelical community.
Or perhaps, as my friend Kurt Peterson has noted, places like Bryan and Cedarville ARE the evangelical mainstream.