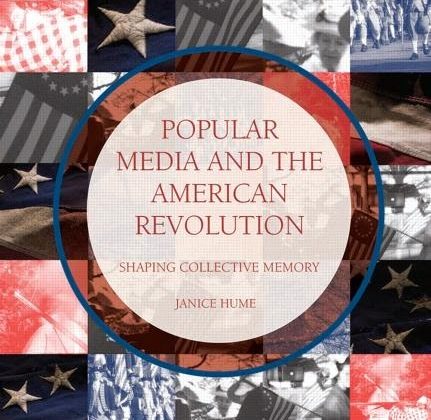 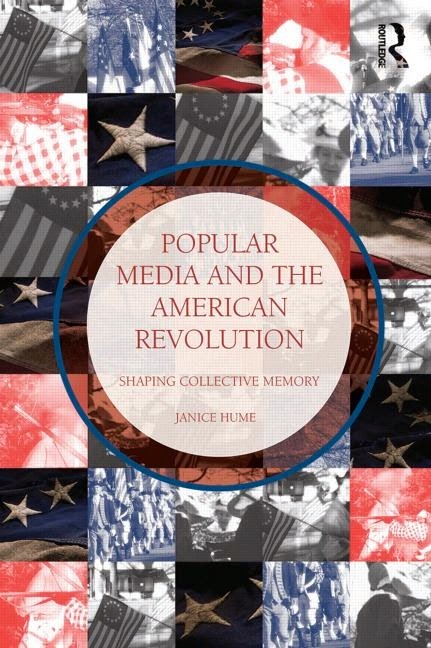 Janice Hume is the head of the Journalism Department at Grady College of Journalism and Mass Communication at the University of Georgia. This interview is based on her new book, Popular Media and the American Revolution: Shaping Collective Memory (Routledge Publishers, December 2013).

JF: What led you to write Popular Media and the American Revolution?

JH: As a former journalist and now a media historian, I am interested in the relationship between journalism and history, in particular how journalists use history to tell stories, and how historians use journalism.

When I moved to Athens, Ga., to join the faculty of the University of Georgia’s Grady College of Journalism and Mass Communication, I wanted to learn more about Georgia history. I examined press coverage of the nation’s first “gold rush,” which occurred here in 1828, and I studied press contributions to the “salvation mythology” that surrounded General William Tecumseh Sherman’s infamous March to the Sea during the Civil War. I also studied a Georgia heroine named Nancy Hart, who, according to legend, single-handedly captured a squad of British soldiers when they forced their way into her North Georgia cabin during the American Revolution.

Hart’s heroic deed would have occurred around 1780, but her story didn’t appear in print for another 45 years, in newspaper articles in South Carolina and Georgia. Later, the popular women’s magazine Godey’s Lady’s Book included it in 1848 as part of a series on women of the Revolution. Those articles were picked up and published, mostly verbatim, in some of the earliest histories of Georgia, and were passed down through the generations. Nancy Hart became the only woman for whom a Georgia county is named.
I was startled at how much press content appeared in those Georgia histories and wondered if the same dynamic was repeated in the other twelve colonies-turned-states. That question led me to the Library of Congress where I examined more than 60 early histories of the Revolution to see how they used newspapers and magazines as sources. That became the first chapter in this book, and led to research questions in the subsequent chapters.

JF: In two sentences, what is the argument of Popular Media and the American Revolution?

JH: A nation is more than laws and borders; it is also stories, memories and shared sentiment, all part of a national narrative that, for Americans, began in Revolution. Stories of the American Revolution published and broadcast in popular media have helped us remember and forget those “times that tried men’s souls” and, for better or worse, have contributed to America’s historical identity.

JF: Why do we need to read Popular Media in the American Revolution?

JH: Americans began telling stories of the heroes, villains and events of the Revolution almost as soon as the war ended. Those stories tied communities and regions to the new nation via memory of a shared past. In the country’s formative years, those stories were passed down orally in families and communities, and preserved in letters and journals, and they were also printed and distributed via newspapers, magazines, and books. Journalism, of course, existed before we had a nation or professional historians, and scholars have noted that the earliest Americans learned their history from newspapers and magazines.

Unfortunately, the stories didn’t mean the same for everyone. While participants and documents of the Revolution have long symbolized principles that Americans value, at least in theory, as the new nation emerged, basic standards of liberty and representative government did not extend to a large part of the population. The disenfranchised wanted full citizenship – justice, liberty, equality – and they used Revolution stories and ideals as rhetorical tools to demand it. The press, particularly the alternative press, gave them a voice.

JH: I was a newspaper reporter and editor for more than a dozen years before deciding to pursue a Ph.D. in journalism. I thought that I would study media management, but I took a history seminar during my first semester in graduate school at the University of Missouri, and I was hooked. I have been a media historian ever since. The history of American journalism is complex and fascinating, and I enjoy exploring it.

JH: My next project will continue the work I started in my first book, Obituaries in American Culture, which examined more than 8,000 newspaper obituaries from 1818 to 1930 to see how they reflected changing cultural values. That book focused on mainstream newspapers, and now I want to examine obituaries in the alternative press published by abolitionists, radicals of the early 20th century, and underground journalists of the ‘60s and ‘70s. An obituary provides a tiny synopsis of what we remember and value about an individual. How did these radical newspapers portray the value of the singular American life?

Thanks to Megan Piette for organizing and facilitating The Author’s Corner.